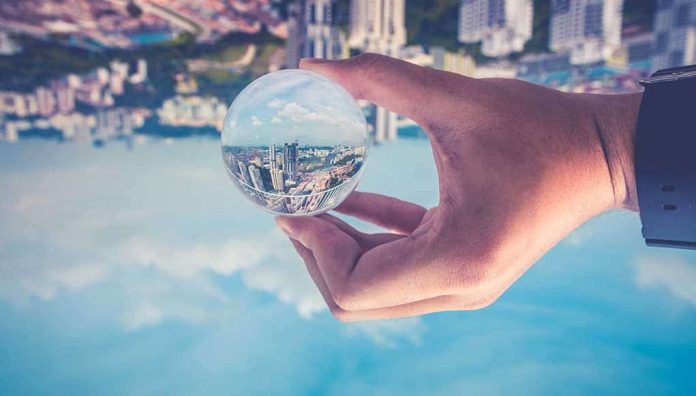 (RightWing.org) – If America still needs proof of the lack of ethics or untruthfulness of Democrats and their liberal friends in the media, they need look no further. The Left is doing all it can to turn the world upside down, and looking foolish in the process. It’s one thing to exaggerate or embellish. It’s quite another thing to lie and redefine history and the truth overtly.

Yet, that’s exactly what’s happening. On Sunday morning, June 27, a member of the Biden administration stated that the GOP was the true defunders of the police. White House Press Secretary, Jen Psaki, jumped on board and tried to pile on Republicans. Internal and external polls show the Democrats are in trouble after defunding the police, causing crime to spike across America. Now, the liberal media is jumping on the Democrats’ fake narrative to save them by trying to manipulate Americans. Is it any wonder that the United States ranks dead last in media trust around the world?

The facts are well chronicled that Democrats have done more than talk about defunding the police since May 2020. They actually did it in Democratic-led communities all across America. The fake news theory is that the GOP refused to vote for the American Rescue Act, therefore tried to defund the police, in March. That’s not even close to reality.

Regardless, the liberal media is now promoting misinformation. Will the topic get banned on social media? Don’t count on it. Sadly but deservedly, a new report by the Reuters Institute for the Study of Journalism at Oxford says that the United States ranks last in media trust among 49 other countries. Only 29% of Americans say they trust the media.

Washington Post columnist, and Biden supporter, Jennifer Rubin tweeted that the far-left Squad is more pro-police than Republicans. If you believe that, there’s a big bridge I’d like to sell you. If it weren’t so serious, the allegations would be laughable at best.

Perhaps even more egregious, far-left journalist Dana Milbank relied on a “legislative scorecard” from the National Association of Police Officers to make his point. In his analysis, Milbank argued Rubin’s point that the Squad is more pro-police than the GOP. However, freelance journalist Drew Holden exposed that Milbank’s research was deeply flawed.

To arrive at the numbers, Holden said the scorecard included COVID relief and restoring the SALT tax deductions for homeowners. It wrongly labeled those things as pro-cop legislation.

Republicans shot back furiously. Communications Director for House Republican Conference Ali Pardo said all you need to know about the report is that AOC scored a 71% after calling for New York City to entirely defund the NYPD last year.

Hopefully, voters see exactly what’s going on. The Democrats are in deep trouble with voters. Instead of saying they made a terrible mistake, they are now trying to pin it on Republicans.