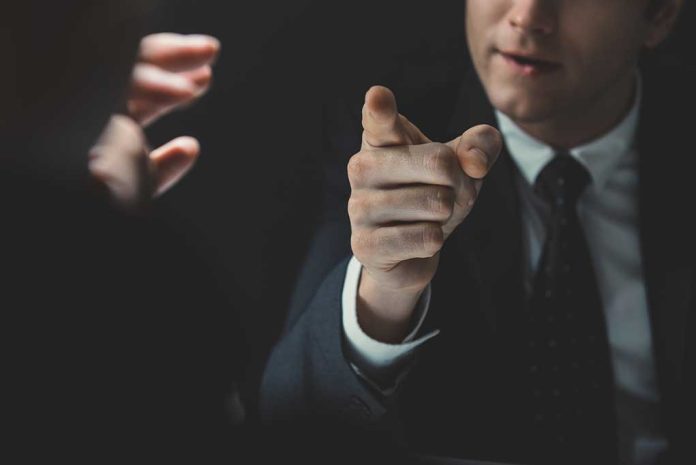 (RightWing.org) – In the three decades that led up to the Civil War, congressmen often threatened, beat, and even murdered one another. It wasn’t uncommon for lawmakers to go to work carrying guns and knives. In one brutal attack in 1856, Rep. Preston Brooks beat Sen. Charles Sumner unconscious with his cane. At one point, things got so bad that if a member insulted another, it was considered an insult against the entire political party.

Suffice it to say, many Americans may not realize how heated it can get between members of Congress. Today’s lawmakers are timid compared to the mid-1800s. Nonetheless, passions still exist. For the Left, few things are as sacred as pro-choice abortion rights. Ahead of a Supreme Court case on the controversial procedure that could have significant repercussions, one senator openly threatened conservative justices.

On Monday, November 30, Senator Jeanne Shaheen (D-NH) warned conservative justices against overturning Roe v. Wade. During a virtual event, someone asked the New Hampshire senator if Americans are no longer interested in abortion since the high court made abortion legal so long ago in 1973.

Shaheen’s answer may not be very appropriate in light of the current political climate. She stated, “I hope the Supreme Court is listening to the people of the United States because … I think if you want to see a revolution go ahead, outlaw Roe v. Wade and see what the response is of the public.”

In a separate statement, Shaheen doubled down and said Republicans cannot be allowed to end the controversial 1973 ruling and suggested the alarms needed to ring.

Some argue that the Supreme Court wrongly decided Roe v. Wade and that it would not end abortion if overturned. Instead, overturning it would send the issue back to the states where it constitutionally belongs.

How Is What Shaheen Said Any Better Than Trump?

In January, Democrats derided and impeached former President Donald Trump for participating in and encouraging protests on January 6. The president urged supporters to attend a “Save America March.” So, what did the president say during a speech on that day that got the Democrats and media all worked up?

Trump said Republicans needed to fight harder. He encouraged people to head to the Capitol building to cheer for brave senators willing to call for investigations into voter fraud before Congress certified the Electoral College tally. In addition, he encouraged them to be strong and told people to “peacefully and patriotically make your voices heard.”

For these words, Democrats impeached Trump, suggesting he whipped people up and incited them to violence.

Now, how is threatening the Supreme Court with a revolution any different? By definition, revolutionaries are insurrectionists who want to overturn a government. Doesn’t that encourage and incite radical pro-abortion activists to pursue bad or even illegal behavior?

Where is the accountability for Sen. Shaheen? Not one mainstream news outlet covered Shaheen’s statement.

Why the Double Standard?

It’s simple: it’s all about politics. Democrats impeached Trump twice on made-up allegations. He could do no right because they vehemently disliked him. When it’s one of their own, it’s a freedom of speech issue. It wasn’t any different when Rep. Maxine Waters (D-CA) told Democratic activists to hunt down Trump officials and harass them in public. In April, Waters also encouraged social justice protestors to get more confrontational. She incited people to potential violent acts.

The double standard is real, but there won’t likely be any consequences for Shaheen, just like there weren’t for Waters. The Democratic Party won’t hold anyone accountable in their caucus, and Republicans don’t have the power to do anything about it.

If something goes wrong outside the courthouse or across the country, perhaps there will be some accountability for the liberal lawmaker — but probably not. Unfortunately, even if the media does take her to task, it’ll be too little too late.