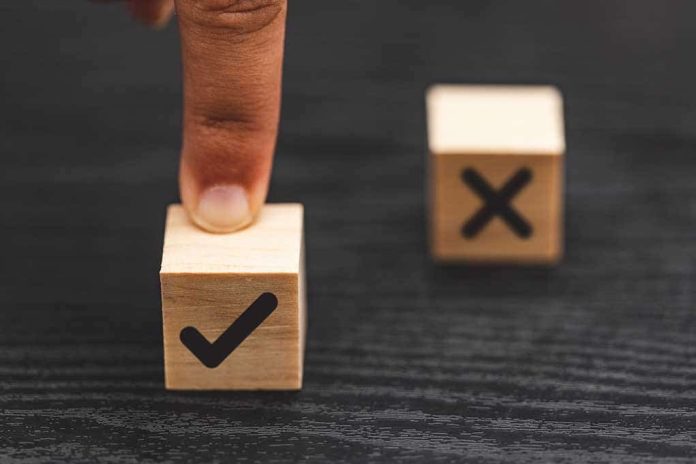 (RightWing.org) – It’s becoming an all too familiar refrain with every presidential election. Election night comes and goes, and the tallies are added up. Suddenly, the media is shocked to discover that Republicans overperformed across the country when the polls said it wasn’t supposed to happen.

While Democrats held on to the House, they lost seats they were expected to win, and the GOP didn’t lose a single House seat. Pollsters predicted several GOP Senators that won to lose. In state legislatures, Republicans held every state and expanded them. While President Donald Trump isn’t in the White House, he overperformed in several Democratic states and lost by an extremely slim margin. Days before the election, some polls showed Biden winning by double digits. Once again, Democratic pollsters are admitting they got it wrong. What was blatantly obvious last year is now being acknowledged.

It’s All in the Sample

It’s not improbable to believe that Democratic pollsters were trying to suppress the Republican vote or they were overly optimistic about their candidate’s chances. In either case, what the pollsters did was commit malpractice. As polls skewed hard towards Biden, it messed up the highly-trusted RealClearPolitics average as well.

In June 2020, it was apparent what was going on. Polls began hiding their samples as political analysts began exposing that they were undersampling Republicans and oversampling Democrats to get the desired result.

Why else would they commit this malpractice?

The Democratic pollsters partially blamed Donald Trump for attacking their fake polls. They also acknowledged in their report that they underestimated turnout for Trump in rural and white non-college voters. However, they turned out to be a force. A quick drive through most rural communities across the country could predict they would vote based on Trump yard signs alone.

The reality is the Democratic pollsters ignored them, and it skewed their polls.

The pattern is something that can’t be ignored election after election. One pollster told Politico that the pollsters want to offer “guidance” to Democratic candidates and causes. Is there really anything else that needs to be known?

So, as a new presidential election creeps up in just a few years, don’t expect much to change. Since 2012, pollsters continue to get it wrong, fess up months after the fact, and return to their same old standard practices. Conservative pollster Frank Luntz said after the 2020 election that the industry was “done” and the industry’s results were “devastating.”

If people are losing trust in the polls, there’s an obvious reason. Fortunately, people now see through them no matter how polls spin the wheel. In the end, voters still must vote, and ultimately, it’s the only poll that counts.