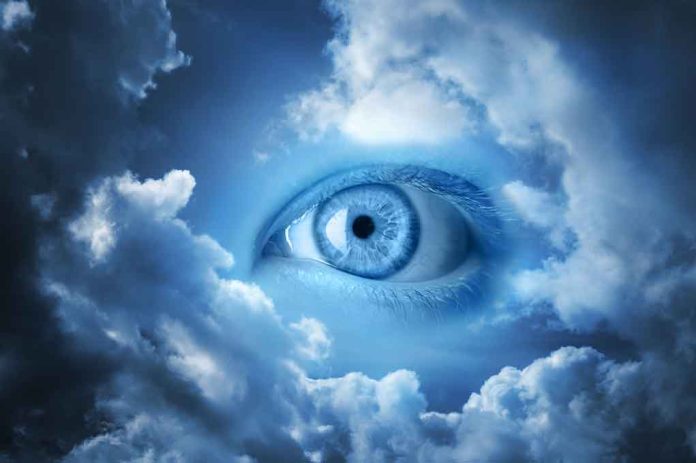 (RightWing.org) – New Yorkers are alarmed by the crime wave that’s swept the city in recent years. Mayor Eric Adams (D) was elected mainly because he promised to restore law and order, but crime has continued to rise. Now Adams is trying to reassure the city — but is pulling imagery from George Orwell really the way to do it?

In an interview with POLITICO, Mayor Eric Adams promised to expand technology-assisted policing to detect weapons.

"… Anything technology they think, ‘Oh it’s a boogeyman. It’s Big Brother watching you,’” Adams said. “No, Big Brother is protecting you.” https://t.co/FgNFrSiB52

After a tough first year as NYC mayor, last week Adams decided to round off 2022 by promising to get a grip on the city’s spiraling crime statistics. Although gun crime and homicides are down since Adams took office, overall crime is up 23.5% this year and he’s desperate to find solutions. Now he’s focusing on technology. One aspect of that is improved sensors that can detect weapons, which he wants to install on the subway and in public schools. The other is an expansion of facial recognition technology — and that one has many people worried.

Adams is already facing criticism from city officials for his facial recognition plans, which would use cameras linked to a database that can identify the people who pass through their fields of view. Some local politicians think this could create a surveillance state, like the one in George Orwell’s famous novel “1984” but Adams is dismissing their fears.

Quoting the novel, he told POLITICO that although people worried “Big Brother is watching you,” the truth is “Big Brother is protecting you.” Yes, the fictional residents of Airstrip One did learn to love Big Brother — because the alternative was being shot. That’s probably not the law enforcement model Adams has in mind, but now he needs to convince New Yorkers.