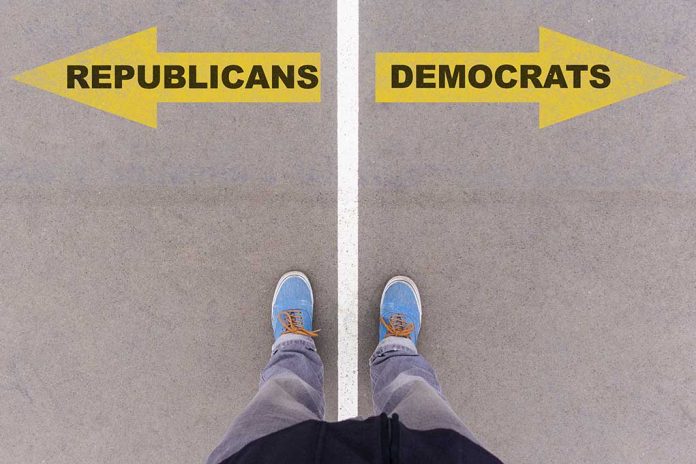 (RightWing.org) – The proverbial saying “Politics make strange bedfellows” dates back to the mid-19th Century. However, 10 Democrats recently exemplified that message when they switched sides and joined Republicans in pushing back on the Biden administration plan to terminate Title 42 protections in May.

On April 1, the CDC announced it would end enforcement of the health policy beginning on May 23. The Trump-era policy suspended the entry of migrants into the United States as part of an effort to limit the spread of COVID-19. As one might expect, the negative response to that decision has been fierce — and suprisingly bipartisan.

Likewise, several Democratic candidates have spoken out against ending Title 42. For instance, Texas gubernatorial hopeful Beto O’Rouke recently bashed the Biden administration, saying it should have given border communities more time to prepare for dealing with the anticipated increase in migrants flooding the border once the program ends.

A recent Morning Consult Poll determined that ending Title 42 is President Joe Biden’s “most unpopular move yet,” with 56% of respondents nationwide opposing the administration’s move and 37% of Independents saying they strongly disapproved of the measure.

The future of Title 42 remains unclear. A bipartisan group of US Senators introduced a measure to delay its termination for at least 60 additional days beyond the May 23 deadline.