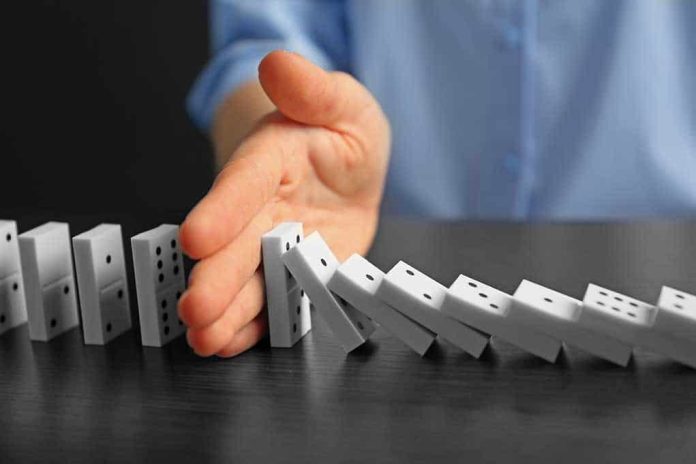 (RightWing.org) – A federal judge blocked a California law effectively designed to shut down protests around abortion clinics. Did the state legislature deliberately try to hide an assault on free speech behind confusing language?

The Right to Life of Central California had sued state Attorney General Rob Bonta over SB 742, arguing that the new law could be cited to bar legal pro-life demonstrations near an abortion facility.https://t.co/assivO6cjs

According to the new law, it’s illegal to approach within 30 feet of a person or vehicle with the aim of “obstructing, injuring, harassing, intimidating, or interfering with” them within 100 feet of a vaccination site. In reality, the wording is much broader than its claimed purpose needs because it refers to any vaccination site and protests for any purpose. Planned Parenthood often administers HPV vaccines in the same clinics where they perform abortions. One California pro-life group says SB 742 means they can’t protest at all – even inside their own office because it’s right next door to a Planned Parenthood location.

Last month, Right to Life of Central California sued to block the law, claiming it violated their constitutional right to peaceful protest. On October 30, a federal judge agreed with them. District Judge Dale Drozd granted a temporary restraining order preventing the state from enforcing the harassment clause of the law, and he ordered a new hearing to resolve the case.

Judge Drozd says the law doesn’t properly define the acts it bans because it specifically exempts labor picketing from the ban, implying other picketing is unconstitutionally forbidden, violating First Amendment rights. He also slammed the state for its “confusing and ultimately unpersuasive” arguments in favor of the law. The new hearing will take place in the next two weeks.