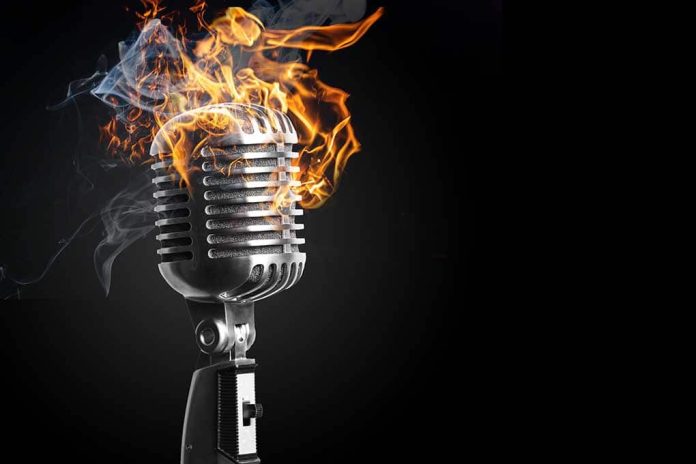 (RightWing.org) – During the 2020 general election, then-presidential candidate Joe Biden sold himself as the moderate candidate. That’s despite him saying he would also be the most progressive president in the United States. Both groups believed him, but only one side was right. Off the heels of the massive $1.9 trillion COVID-19 relief bill that contains barely any COVID relief, Biden is preparing to present another massive spending bill that would be the largest in US history, and he’s just getting started.

On Monday, March 15, a senior Democrat told Transportation Secretary Pete Buttigieg some revealing news. Sen. Ben Cardin (D-MD) got caught on a hot mic informing Buttigieg that the Senate likely can’t pass the partisan infrastructure deal. His partisan solution sounded eerily familiar as Democrats intend to spend trillions of dollars more on big, far-left policies that will be hard to undo once done.

Cardin said an infrastructure bill would need to be passed through reconciliation just as the COVID-19 relief package without realizing he was broadcasting on a live microphone. He knows Democrats can’t meet the minimum 60 vote threshold in an evenly divided Senate to pass wide-sweeping legislation if Republicans stay united.

That means Democrats will move to pass a proposed $4 trillion infrastructure bill all on their own, once again. Why is the GOP holding back? Liberal agenda items load down the enormously expensive bills and could never pass on their own merit without the cover of COVID-19 or infrastructure.

Like the COVID-19 relief package, only a small part of it is really related to infrastructure upgrades that both sides agree on, including things such as roads and bridges. Instead, climate change, green energy, union protections, and immigration reforms dominate most of the bill.

Additionally, Democrats are signaling they intend to make the new child tax credits in the COVID relief package that pays parents every month a permanent program. The Senate Environment and Public Works Committee and House Transportation and Infrastructure Committee intend to pass legislation out of committee in May for a full vote soon after.

How Out of Control Is It Getting?

There is growing concern inside the GOP about the incredibly massive deficit spending, future tax increases, rising inflation, and how the consequences could hurt the lower and middle classes.

From Andrew Jackson to Donald Trump, the government accrued a total debt of $22.8 trillion. In the 2020 fiscal year budget that runs from October 1, 2019, to September 31, 2020, the federal government spent over $6.5 trillion COVID dollars, which resulted in an addition of over $3.1 trillion to the national debt.

Consider that figure does NOT include the nearly $1 trillion bill in December 2020 nor the $1.9 trillion COVID relief package passed last week.

When combining the infrastructure’s cost to the present and future of America, with the policy goals of turning America into California where energy blackouts are the norm for days at a time, it’s no wonder Democrats must deceptively go it alone.

The question is, will Americans realize what their votes are doing to the future of the country and change course in 2022 before Democrats make America’s finances unmanageable and liberty a thing of the past? We can only hope.