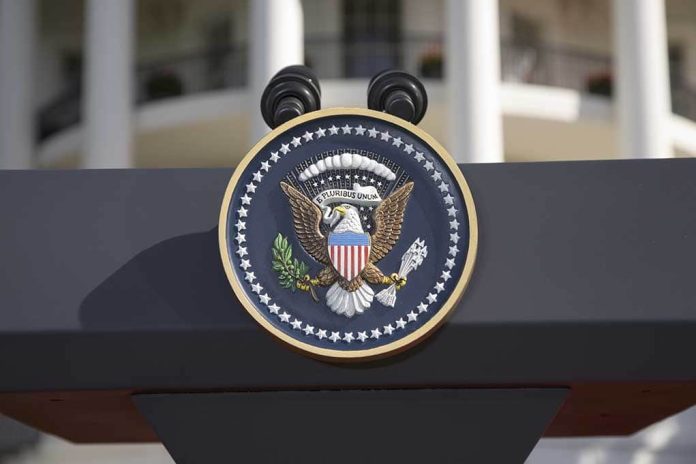 (RightWing.org) – A new Senate bill would give Mayor Muriel Bowser (D) of Washington, DC, commander-in-chief powers – even though she’s already shown she won’t use them when needed. The Democrat-sponsored bill also directly undermines the authority of the president.

The grandly-named District of Columbia National Guard Home Rule Act, which was introduced on January 28 but only just surfaced publicly, is sponsored by Senator Chris Van Hollen (D-MD) and 14 other Democrats. Its primary effect is to give the mayor of DC the same authority over the National Guard as a state governor – a power no other mayor in the country holds.

More worryingly, the bill also strikes the words “President of the United States” every time it appears in the DC Official Code and replaces them with “the Mayor of the District of Columbia.” Among other things, that would make Bowser, not Biden, the commander-in-chief of DC’s brigade-strength National Guard. Bowser would then control a private army, including a battalion of military police, helicopter units, and a squadron of F-16 fighters.

In the summer of 2020, and again in early January this year, President Trump asked Bowser to deploy Guard troops to maintain order in DC. Both times, she refused. This bill seems aimed at taking control of the DC National Guard from the president’s hands and giving it to Bowser – so she can make sure the Guard doesn’t do its job.