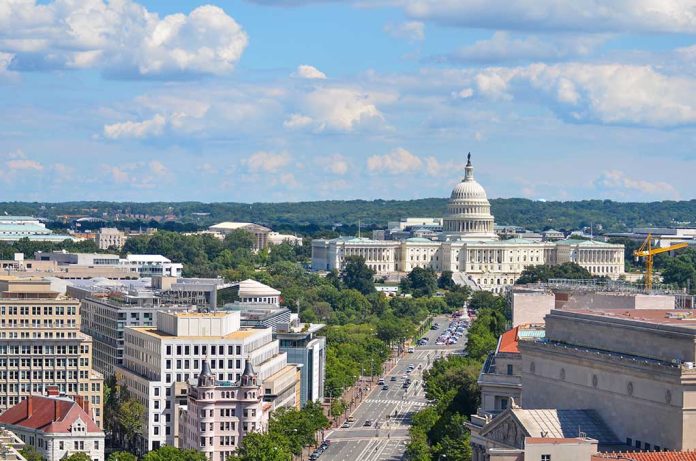 (RightWing.org) – Most mayoral duties are fairly routine. They preside over city council meetings, handle the day-to-day administrative functions, oversee their city’s various agencies like police departments and emergency rescue services. They also make sure the city pays its bills on time. Perhaps someone should have reminded Washington DC’s, Democratic Mayor Muriel Bowser of that responsibility.

On Monday, September 27, ABC affiliate WJLA reported at least one DC portable toilet company said it quit servicing Porta Potties. The reason? According to the company, it hadn’t received any payments on its city contracts for the last four or five months.

Fred Hill, the owner of Gotta Go Now, told reporters things got so bad, he temporarily had to lay off three workers assigned to the affected routes. Hill said he repeatedly reached out to city officials by phone and email but never received a response.

“As a business owner, [non-payment] is a slap in the face,” Hill stated. City officials pick up their paychecks every two weeks but don’t seem to care if his workers receive theirs. “It’s not fair,” he concluded.

WJLA reached out to Mayor Bowser during a Monday press conference, and she said she would look into the situation, promising, “We pay what we owe.”

On Tuesday, Mayor Bowser’s office told WJLA it paid all its outstanding bills. Later that day, Hill confirmed he rehired the laid-off workers and scheduled services for the affected Porta Potties.

One would think the mayor of an important city like Washington, DC, could manage its finances better!