Members of Congress are supposed to be the most highly-educated and well-spoken among us. But, their most important job is to represent their constituents and pass policy that solves the problems America faces. So, is it too much to ask that Congressmen and women be qualified for the job?

Trump doesn’t think so. That’s why he called out AOC and other far-left Democrats on the failings of their countries of origin. The president hypothetically asked why they don’t go back home and fix their own problems when they clearly can’t handle American issues?

Now, the Left is playing the race card against Trump for telling descendants of immigrants to go back home. Leave it to the wrong side of the political spectrum to devolve this conversation into identity politics.

So interesting to see “Progressive” Democrat Congresswomen, who originally came from countries whose governments are a complete and total catastrophe, the worst, most corrupt and inept anywhere in the world (if they even have a functioning government at all), now loudly……

Finally, Facebook got a little bit of what was coming to them. The bad news is that $5 billion is merely a drop in the bucket for the tech giant. In fact, Facebook was EXPECTING to pay fines for privacy violations.

How can we trust Facebook if they knew they were acting immorally, to begin with?

Facebook set aside around $5 billion to pay off. They even informed their shareholders that this was coming. How such a corrupt corporation can continue to thrive is a question we Americans need answers to.

Is Serena Williams Focused More on Politics Than Tennis?

Legendary tennis player Serena Williams was bested by a teenager recently. Serena has maintained a generally positive reputation within the tennis community. This time things are a little different — it’s unclear whether she’s making excuses or attempting to bring politics into yet another American sport.

I would never ask anyone to stop fighting for equality. In everything she does, Serena shines a light on what all of us must fight for in order to achieve equality for all.

So, Serena claims she spends too much time ”fighting for equality” than practicing for her career sport. She may truly believe that equality is a problem, but this is the same mistake Colin Kaepernick makes during his football games. Forcing a political message into a completely non-political realm is one of the fastest ways to lose support for your cause.

There are right and wrong ways to protest — forcing politics into a sport is the wrong way. 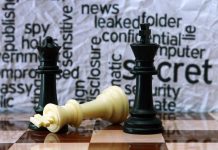