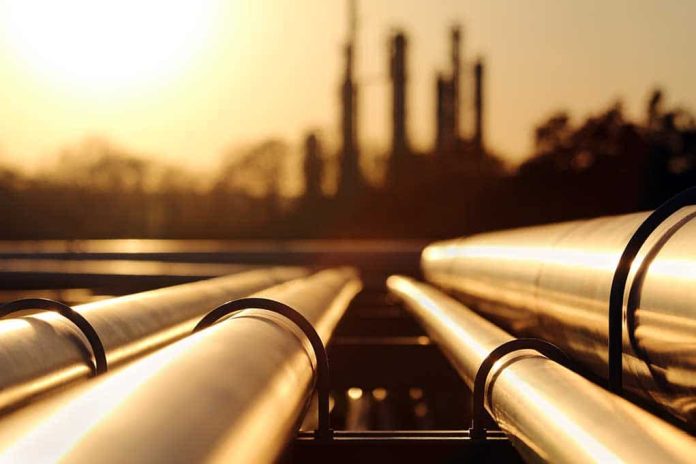 (RightWing.org) – A major US energy pipeline was shut down on Friday, May 7, after a cyberattack forced its operator to take computers offline. Now company technicians and the government are trying to find a way to get the system working again before fuel shortages cripple the East Coast.

Top US fuel pipeline operator #ColonialPipeline has shut its entire network, the source of nearly half of the US East Coast’s fuel supply, after a #CyberAttack that the company said was caused by #Ransomware. https://t.co/UeYM2Xghos

The Colonial Pipeline network runs from Texas to New Jersey and carries almost half the fuel supplies for the entire East Coast. On Friday, it was hit by a ransomware attack, suspected to be the work of a Russian hacking group. DarkSide claims to be redistributing corporate wealth – they’ve sent large Bitcoin donations to several charities – but they could also be working with the Russian government to destabilize the US.

Colonial’s 5,500-mile pipeline carries a variety of fuels, including jet fuel for East Coast airports. However, the bulk of what it carries is diesel and gasoline. The pipeline remains shut down, and experts say if the shutdown lasts 10 days, there will be fuel shortages. Gas prices are already rising in the affected area.

As of Monday, the company called in federal law enforcement and a cybersecurity company to fight the ransomware threat. Colonial won’t reveal if they’re negotiating a ransom with the hackers.