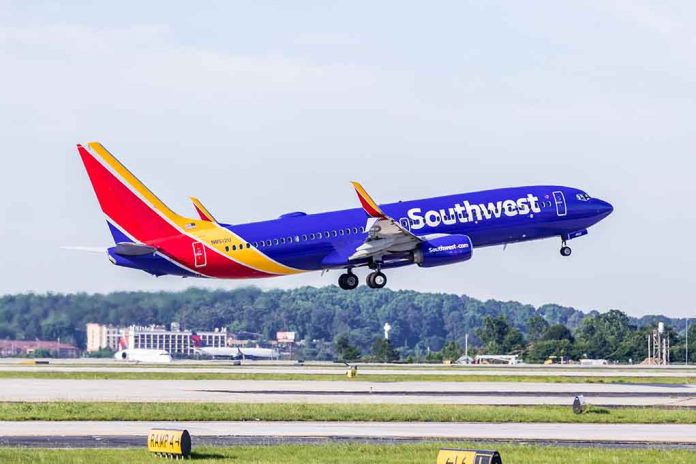 (RightWing.org) – Southwest Airlines (SWA) delayed or canceled thousands of flights over the recent holidays, blaming a massive winter storm that struck much of the country for the company’s problems. However, Transportation Secretary Pete Buttigieg sent a letter to the airline’s CEO, Bob Jordan, stating that “thousands of cancellations… have not been because of the weather.” The carrier recently started compensating passengers for their inconvenience.

“The thousands of cancellations by Southwest in recent days have not been because of the weather,” Secretary of Transport @PeteButtigieg said.@SouthwestAir leadership was at fault for thousands of flight cancellations and delays @USDOT says. https://t.co/v0rzahmn8n

Jordan said the company’s primary focus remained on customer safety and satisfaction, adding SWA was providing refunds and covering expenses related to disruptions in travel. He also promised to provide additional compensation to flyers for the hardships caused by the delays.

On Tuesday, January 3, the company issued an update advising impacted customers it hoped to have nearly all delayed baggage “shipped or delivered by midweek.” The notice also advised that SWA would start sending emails to all ticketed customers impacted by the delays and cancellations to offer a goodwill gesture and an additional apology.

Later in the day, Zach Griff, a senior reporter for the travel website The Points Guy, posted a copy of the message on Twitter.

Wow, @SouthwestAir is really paying up for the meltdown.

This is in addition to the $39 refund, $149 reimbursement and $250 travel voucher I already received. pic.twitter.com/0dbjCxoM0M

Styled like a formal letter and signed by CEO Jordan, the email began with an admission that SWA “fell short” of customer expectations and offered his “personal apology.” It also noted “no amount of apologies” could make up for flyers’ negative experience but promised it was handling refunds, compensation, and the return of lost baggage with “great urgency.”

The message also advised SWA was providing customers with 25,000 Rapid Rewards bonus points per person. According to the email, they carry a base fare redemption value of more than $300. Customers can also use them for any available seat, with no blackout dates, and the points “never expire.” They can also redeem the points for merchandise or gift cards.

SWA customers seeking assistance making claims with the carrier can visit its website at www.southwest.com/traveldisruption for additional information.