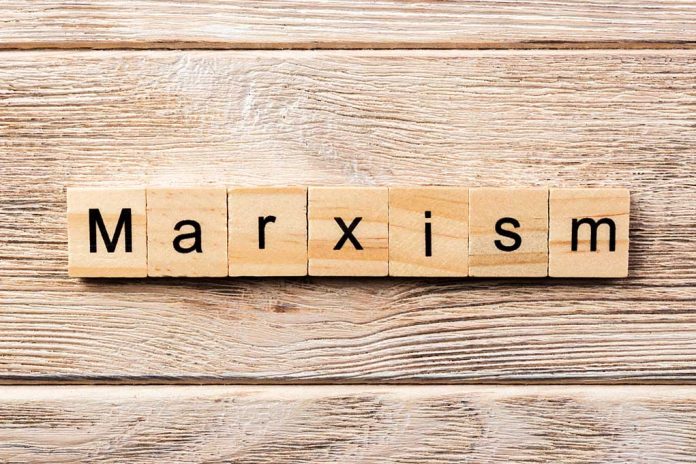 (RightWing.org) – Across America, parents are standing up to school boards and teachers pushing Critical Race Theory (CRT). It’s the latest battle in the culture wars over how America’s kids should be taught US history. What many don’t know is that CRT isn’t new; it dates back to the 1970s. Over the last year, school boards began authorizing the teaching of controversial Leftist views of America. As parents started to learn of its destructiveness, some are questioning who’s funding the movement and why.

CRT teaches that America is systematically racist due to its history. It argues that the legacy of America is white supremacy that’s embedded in institutions and law, and must be eradicated. The educational system does that by guilting white kids into believing their country isn’t good and must be redeemed. Now, we’re learning that the group behind CRT was formed by a radical 1970s professor who espoused Marxism and re-wrote American history to fit a leftist’s political narrative.

In 2008, Marxist historian Howard Zinn launched the Zinn Education Project (ZEP). Its purpose was to carry on Zinn’s radical teachings and indoctrinate a new generation of Americans. Its influence impacted Black Lives Matter (the organization, not necessarily the movement). ZEP is responsible for organizing massive rallies supporting Critical Race Theory and supporting teacher unions that endorse its radical teachings.

Don’t let the “Marxist” label fool you. It’s not just a label. It was Howard Zinn’s way of life. Zinn is a hero of the far-left and author of the controversial book “A People’s History of the United States.” Zinn argued that Marxism’s attempt to redistribute society’s wealth was well worth pursuing, and he was heavily attracted to anarchists’ anti-authoritarian views. While he acknowledged the impressiveness of Capitalism, he also criticized what he said was the unjust distribution of economic resources.

Zinn readily admits his account of history is not objective and that he meant to take sides against America. His oversimplifications of the past created the belief that the Constitution and all major acts until today were self-serving by the powerful to maintain their status. That’s despite the fact the Bill of Rights refutes that false notion. Regardless, the book had little to do with history. In fact, it was revisionist history designed to espouse his extreme political views and create a new brand of activism.

Eventually, Zinn’s teachings made their way into graduate schools and influenced generations of Americans. Alas, here we are, and Marxism is becoming mainstream under the guise of racism, sexism, and oppression in America.

The Zinn Education Project’s Marxist leanings are now inspiring collaboration with Black Lives Matter at School and the Southern Poverty Law Center. They are working together to push back on the CRT’s bans across the country.

On Saturday, June 12, ZEP organized thousands of teachers and supporters to protest GOP efforts to stop Critical Race Theory dead in its tracks. Thousands of teachers signed a pledge that said, “We, the undersigned educators, refuse to lie to young people about the US history and current events — regardless of the law.”

Who’s behind this stuff?

Marxists are now mainstreaming anti-American views through intimidation and radicalization of America’s youth. Sadly, many may not even know they are advocating for a system to destroy the fundamental ideals of the greatest nation in the history of the world. Correcting past wrongs and moving America forward should be our goal – not fundamentally transforming it.

Fauci Was Wrong, the NIH Did Fund Gain of Function Research

The Big Lie Is Acceptable to Democrats

It Keeps Getting Worse for Democrats’ Reconciliation Proposal

Could President Biden Be in the Crosshairs?