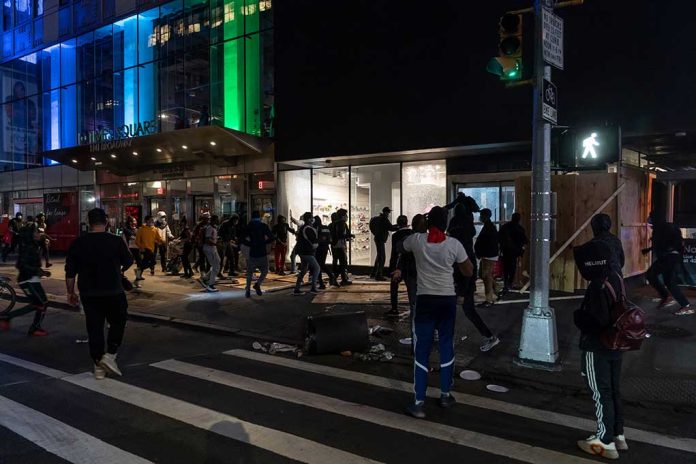 (RightWing.org) – America experienced one of its worst periods of unrest since the 1960s in the wake of George Floyd’s death. At the same time this was happening, cries to “Defund the Police” rang out from coast to coast as lefty Liberals, Black Lives Matter activists, and Antifa elements declared war on law enforcement activity.

As it turns out, that wasn’t a good idea. Fox News reported on April 2 that Democrat-led cities like Minneapolis and Portland have experienced a surge in violent crimes after they caved to demands and reduced funding for the police. An analysis of current crime data showed those cuts led to a substantial increase in homicides and other violent crimes.

For example, Minneapolis saw a 46% increase in murder over a 3-1/2 month period beginning on December 11, 2020, over the same period last year. Overall, the city saw a 49% increase in homicides since they first cut the police department’s budget in July 2020.

Murders tripled in Portland from July 2020 through February 2021. Other Democratic-led cities like Los Angeles, New York City, and Austin experienced increases in murder and other violent crimes.

Cutting police department budgets during a time of national crisis was predictably a lousy idea. Given the data, it’s anyone’s guess how long it might be before Democrat-controlled cities reverse course.