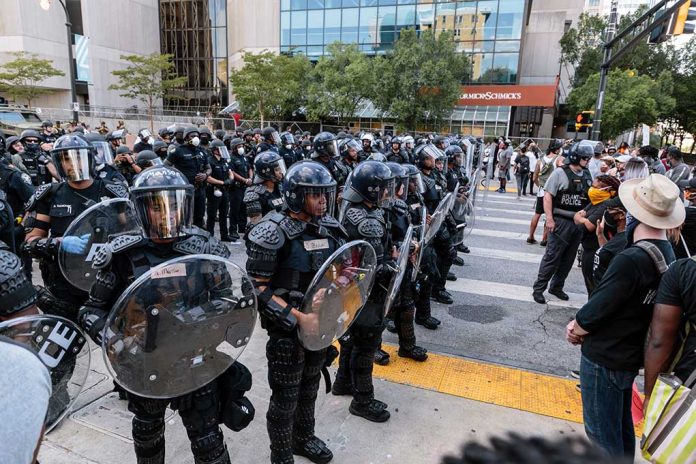 (RightWing.org) – A conservative author has demolished the left’s anti-cop agenda in a TV interview. Talking to Newsmax on Wednesday, Heather MacDonald laid out the facts about who’s killing Black men in America – and it doesn’t match the crazy rhetoric of the woke mob.

MINNEAPOLIS 📍: Black Lives Matter activists say this is only the beginning. https://t.co/VlT7z8drtO pic.twitter.com/X9KLTFGGLC

In the hard-hitting April 21 interview, MacDonald explained that the percentage of Black homicide victims killed by cops is far lower than the same statistic for Whites and Hispanics. In fact, it’s three times lower – just 3%, compared to 10% for other ethnic groups. And the reason? Black-on-Black homicide is “so huge that it dwarfs everything else.”

MacDonald says that Blacks are 13 times more likely to be homicide victims than Whites – and almost all the perpetrators are other Blacks. According to the Department of Justice, 93% of Black victims die at the hand of a Black murderer. Blacks – around 13.5% of the US population – account for about 52% of homicide victims.

Black men are being slaughtered in the US – but it’s not cops who’re killing them. As MacDonald says, “We have a crime problem in this country. We do not have a police problem.”