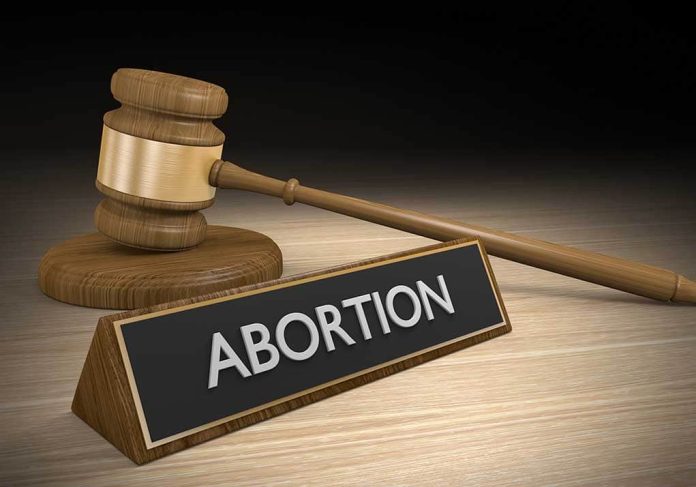 (RightWing.org) – Individual states have been pushing to limit abortion with varying degrees of success since the 1973 Supreme Court ruling in Roe v. Wade legalized the procedure nationwide. The Supreme Court has a case next year that could upend the continued role of Roe v. Wade in the future, but states must contend with the issue individually until that time.

On June 9, a three-judge panel of the 8th US Circuit Court of Appeals upheld a lower court injunction against an expansive Missouri law banning abortions on or after eight weeks. The law also attempted to prohibit the procedure if an abortion provider knew the basis of a woman’s decision to have an abortion was a fetal Down syndrome diagnosis.

8th Circuit upholds injunction against Missouri's anti-abortion law, banning abortions after 14, 18, and 20 weeks or if an abortion provider knows a woman is terminating a pregnancy because of a fetal Down syndrome diagnosis. https://t.co/K7k3YBsww7 pic.twitter.com/7q58EAFR5c

The 8th Circuit panel held that preventing a woman from obtaining an abortion due to a Down syndrome diagnosis amounted to an impermissible ban on pre-viability abortions. According to the panel’s ruling, a state’s interest in preventing an abortion before a fetus reached viability was not great enough to support banning the procedure or placing a “substantial obstacle” on a “woman’s effective right” to choose to end a pregnancy.

Understandably, Missouri conservatives and pro-life advocates are disappointed in the ruling. Many believe the court’s decision effectively targets children based on a disability — children who could lead thriving lives outside the womb, as noted by Republican Attorney General Eric Schmitt, who has a son with autism and epilepsy.

An appeal of the decision is likely.