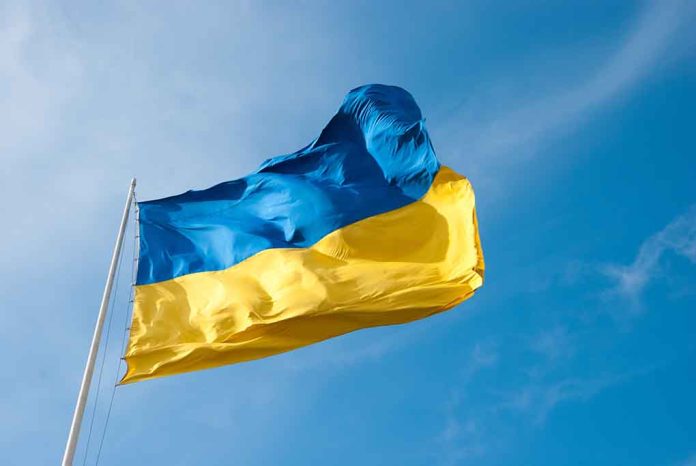 (RightWing.org) – American politics is devolving into a spiraling crisis. Americans know this, and it reflects in the polling. For six months, President Joe Biden broke new lows month after month in his approval ratings. The only voters still backing the embattled president are hardcore partisan Democrats. It’s not hard to see how this happened; he was supposed to be the great uniter. Instead, he became the greatest partisan divider in chief.

Under Biden’s watch, the economy has tumbled, inflation is skyrocketing, a recession is a real threat, crime is out of control, and the southern border is wide open to anyone who wants to enter the United States. Now, the US is finding itself embroiled in a potential war in Ukraine that could have severe consequences for Americans.

In the fall of 2020, voters began learning that the Biden family was profiting handsomely from Ukraine. Hunter Biden, Joe Biden’s son, served on the board of a Ukrainian energy company accused of numerous allegations of corruption. Hunter made untold millions of dollars from his service to the board of Burisma. Keep in mind, he had no experience in energy, didn’t know the industry, and was unqualified to sit on the board. There was only one explanation for why he was there – Hunter was the son of a sitting US vice president.

There’s no doubt Ukraine is a corrupt country. That’s no secret. Still, there are more questions than answers about the Biden family business. In 2014, Hunter arranged an introduction between a Ukrainian businessman and the vice president after asking for advice on how to influence Joe Biden. In March 2016, Biden threatened Ukrainian President Petro Poroshenko that the US would withhold $1 billion in loan guarantees if it didn’t fire the prosecutor general as he ordered. That prosecutor general was leading an investigation into Burisma.

Could the US Face Severe Consequences Over US Involvement Between Ukraine and Russia?

Over the last six months, inflation has been shooting through the roof. Lower-income and middle-class Americans are paying a steep price for COVID-19 government policies that include Democratic-led state shutdowns and harsh mitigation orders.

Now, Biden is asking Americans to sacrifice financially to protect a corrupt country that is hardly a democracy on the other side of the world. At the same time, the Biden administration leaves the southern border wide open for anyone to cross into the United States illegally.

Isn’t that a bit ironic?

On Tuesday, February 22, Biden told Americans that they should expect higher energy prices. Gasoline, natural gas, home heating oil, and electricity are already getting expensive without the Ukraine situation. Now, it could get much worse. Gasoline prices are already eating into people’s income. While wages rose in 2021, the value of that money is headed southward faster than a satellite returning to Earth from space.

Here’s what Biden didn’t tell you: his Ukrainian policy won’t just impact energy. It’ll also impact everything that follows. It costs trucking companies money to fill their rigs to move goods around the country. Ditto for airlines and cargo ships.

Who is going to pay for it?

You will pay for it through higher costs on everything you purchase.

In 2021, Russian hackers took down oil and gas refineries on the East Coast. Don’t think the Russian government won’t attempt to harm America’s infrastructure in the coming days or weeks. That could be a colossal problem.

Regardless, inflation is about to get worse, and there isn’t much the Federal Reserve can do to stop it. The economy could barrel roll toward another significant government-induced crisis. Democrats ought to be praising Sen. Joe Manchin (D-WV) now for pushing back on their massive $2 trillion semi-socialist Build Back Better proposal. They won’t, but they should.

So, will Biden re-institute Trump energy policies to drive down energy prices?

Don’t count on it. The administration is still trying to squeeze countries into cutting emissions for the sake of global climate change. In the meantime, Biden risks causing a more immediate crisis.

In October 2021, former Defense Secretary Robert Gates doubled down and said that every national and foreign policy position Biden has taken over his career was wrong.

It’s too bad that “I told you so” won’t reverse America’s trajectory.