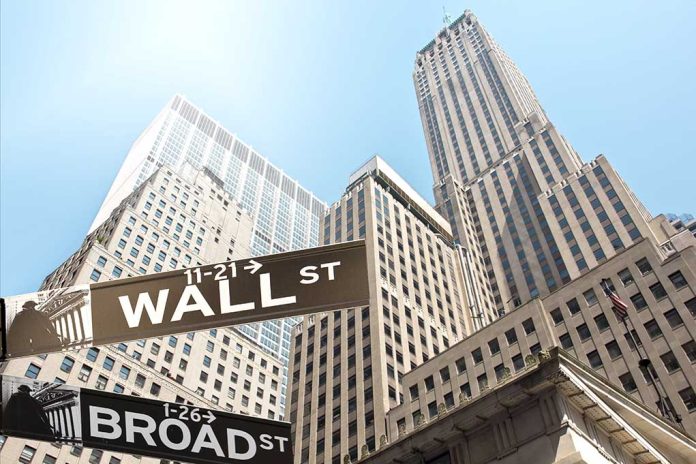 (RightWing.org) – For decades, Democrats demagogued Republicans for allegedly being in the back pocket of corporate interests. It was a bit overstated but partially true. Big business was a major part of the GOP’s coalition because they aligned on economic policy initiatives that encouraged economic growth and development for many years. The healthier the business community, the greater the nation thrives in entrepreneurship, innovation, and employment. Democrats stood on the other side to berate businesses, claiming they were more interested in profits at the expense of everyday people.

It’s 2021, and something eerily flipped in the last year. On Tuesday, October 5, the Wall Street Journal (WSJ) opined that corporate America is now orphaned. While it cited some valid and relevant reasons from their perspective, the WSJ left out an apparent position: big business is far from orphaned. In fact, many CEOs and boards of large companies are no longer opportunistic business leaders seeking to grow their companies. Instead, they are political Leftists indoctrinated in universities and colleges across the country.

To summarize, the Wall Street Journal contends that divisive politics between Democrats and Republicans stuck businesses in the middle with nowhere to turn. As a result, executive editor Gerald Seib argued that the angry partisan political culture is tossing big business around, creating a significant problem for corporate executives.

On the one hand, should big business support Republicans led by Donald Trump, who was good for their tax and regulation positions even though the Left loudly and viciously denounced him? Or, should they support Democrats, who threaten to raise their taxes and institute costly regulations? It would seem it’s a no-brainer, but that turned out not to be the case.

Seib argued that corporate America needs a new strategy as old allies in Congress dwindle in number. He added that businesses take a stand on political and social issues based on what employees and customers want. But is that true?

Last year, corporations gave millions of dollars to Black Lives Matter only to learn later its co-founder was buying homes for millions of dollars. So much for social justice. The Chamber of Commerce supported 32 House Democrats with a radical agenda but might have learned a valuable lesson.

In April, Major League Baseball, Coca-Cola, and Delta Airlines boycotted Georgia after President Joe Biden falsely labeled the state’s election reform law as racist and anti-American. It was far from it. Yet, the companies participated in a knee-jerk reaction without gathering the facts. After January 6, many corporations withheld donations, specifically to Republicans.

Companies Say They React to Consumers and Employees

Seib stated that corporate leaders claim they are simply responding to consumer and employee sentiments. He said part of the problem for the GOP is that it doesn’t share the values of globalization, immigration, and climate change.

Whoa, wait a second… Those are all issues of the Left.

The corporate shift can’t be about money and profits. Instead, big business embraced the economics of wokeness. They adopted progressive policies to attract a young, dynamic, and educated consumer and workforce. However, how do they account for the fact that most Americans identify as conservative or moderate, and only around 25% say they are liberal?

A study on woke capitalism demonstrated that liberal stands taken by corporations don’t impact their bottom lines and are inconsequential. Still, they placate activists and create campaigns highlighting they are socially responsible. Yet, there is data to suggest the Leftist agenda does hurt businesses. For example, when Starbucks instituted its bathroom policy in 2019, foot traffic dropped 6.8% compared to nearby coffee shops, and customers spent 5% less time in a Starbucks coffee shop.

So, what’s the incentive for corporations to lurch leftward? Today’s corporate leaders are 30 years in the making. They attended liberal universities that taught Critical Race Theory, woke capitalism, and even socialism. It was bound to raise up a new generation of leaders at some point. Now, companies are shifting away from “shareholder capitalism” to “stakeholder capitalism.” Companies embracing this new form of business that champion liberal ideology include Google, Apple, Amazon, NBC Universal, JPMorgan Chase, and many more.

As America emerged from COVID-19, it became clear something new was in the air. Big business is ready to move America into the Leftist world and remake the economy. The pandemic gave them the opportunity, and it appears they are prepared to take it.

Big business is not a political orphan. It’s transitioning into a new world of woke liberalism guided by social change over business interests that drive profits.

The question is, will corporations with a Leftist agenda succeed?