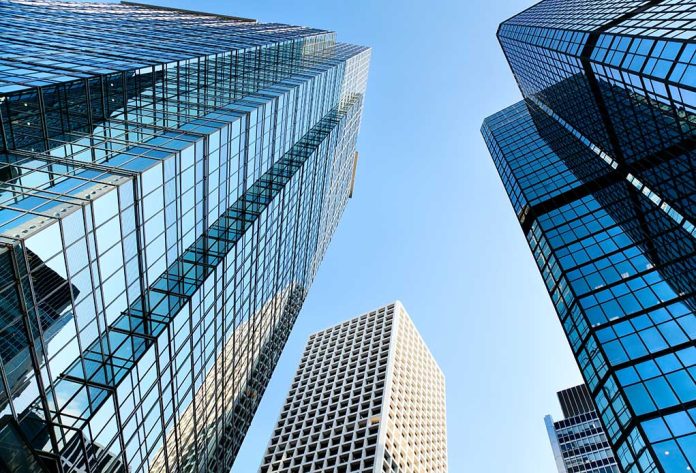 (RightWing.org) – US corporations are proving they are a business first and Americans second. Of course, over the last four decades, that was obvious as companies lobbied Congress for policies and trade agreements that benefited their bottom lines and hurt working Americans. It was a big reason why Donald Trump defeated Hillary Clinton in 2016. Trade, jobs, and the state of the economy were on the ballot that year, and America First policies not only won but helped create one of modern America’s most dynamic economies from 2017 through early 2020.

In 2020, many corporate business leaders abandoned what was good for business and embraced Joe Biden. That’s despite the enormous successes of the Trump administration for companies. In 2017 and 2018, the president cut regulations and passed significant tax reforms. That led to more jobs than people who could fill them, increases in wages for the lower and middle class, and a booming economy for corporate America. Despite that, many big businesses publicly and financially backed Biden. Do they regret it now that Democrats are coming for their profits?

Democrats Are Coming for Corporate America

In 2020, Wall Street spent over $74 million supporting Joe Biden. They weren’t alone. Tech companies in Silicon Valley and Hollywood also provided hefty donations to Biden and Democrats. Perhaps they believed Republicans would hold the Senate in 2020 and block heavy tax measures coming out of the House. It didn’t work out that way, and their gamble supporting Democrats didn’t pay off.

Now, Democrats are coming for their supporters, and it appears corporate America doesn’t like it. The House Ways and Means Committee is working on a tax proposal to increase the corporate tax rate to 26.5% from 21% and add a slew of new taxes on the wealthy. Ultimately, the Democrats and Joe Biden will violate their promise not to raise taxes on the middle class. Corporations don’t pay taxes; they pass them off to consumers.

Dozens of corporations lead the Business Roundtable Group. Among them are Apple and Amazon. The group warns that tax increases are a “step backward for the US economy that will harm all Americans – not just corporations and the wealthy.” The business group suggested the Democrats’ plans would put millions of American jobs at risk, stagnate wage growth, ruin business investments and innovations, and make US companies susceptible to a foreign takeover.

It’s fascinating to observe big businesses suddenly fight for their interests. Where was it last year?