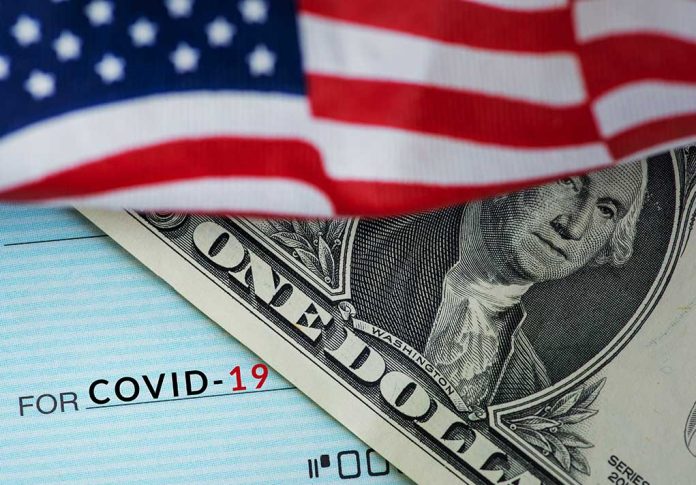 (RightWing.org) – It’s almost been a full year since the COVID-19 pandemic hit the US. Since then, the federal government has passed nearly $4 trillion in unprecedented deficit spending to combat the virus and its economic impact on Americans. Before the pandemic, Congress was creating deficits of nearly $1 trillion per year. Now, less than a month in, and the deficit for 2021 is already at $573 billion and that’s before President Joe Biden’s proposed new $2 trillion relief bill.

Several fiscal conservative senators on both sides of the aisle are raising concerns about the Biden administration’s relief package recommendations.

Speed: The Enemy of Responsibility and Accountability

President Biden and Democrats are making a familiar argument. They say that Americans are hurting and, therefore, the government needs to provide immediate help. However, the problem with the argument is that it opens the door to wasteful pork spending and liberal wishlist legislation. In a Democratic-controlled government, there seems to be little appetite for restraint outside of a few fiscal conservatives concerned about the true need and America’s future.

As senators are combing through the legislation, it’s dredging up multiple challenges for fiscal conservatives on both sides of the aisle. Some of the worrying issues include:

That’s before Democrats in Congress start adding their wishlist items to the legislation. To make the situation more difficult, new House rules established by the Democratic-led chamber make it impossible for Republicans to amend or add to the legislation. This sets the bill up to possibly be a fiscally unaccountable nightmare, making the evenly divided Senate the only cog in the spending wheel.

What Are the Senator’s Concerns?

One of the biggest concerns is how the Biden administration established a nearly $2 trillion figure for the legislation on top of the recently passed December bill. One Democrat, in particular, is unhappy. In early January, Sen. Joe Manchin (D-WV) voiced concern about a relief bill. He was concerned a bill would be too broad, expensive, and lack accountability. Those concerns seem to be well-founded.

Regarding a $2,000 check for Americans, Manchin said, “absolutely not.” His concerns echo a growing chorus from Republicans. They question how a direct payment creates jobs and boosts the economy. Questions are also being raised about giving money to those who don’t need it.

In addition to Machin, Sen. Angus King (I-ME), an independent who caucuses with Democrats, said the legislation’s cost and scope need to be carefully considered, and there’s no certainty Democrats will get his vote.

Is the Relief Package in Jeopardy?

As of January 25, the bill is unlikely to gain the 60 votes needed in the Senate. The Senate is tied with 50 Democrats and 50 Republicans. However, if the Democrats don’t feel they can get the required number of votes, they could decide to pursue the nuclear option and shoot for reconciliation, in which only a simple majority is required to pass the bill. In that instance, if there is unanimous opposition to the bill by Republicans, and Manchin or King joins them, the bill still can’t pass.

The Biden administration says they are open to negotiations on the bill with the Senate.

Stay tuned. Regardless of what any media outlet says at this point, another stimulus bill is far from guaranteed.