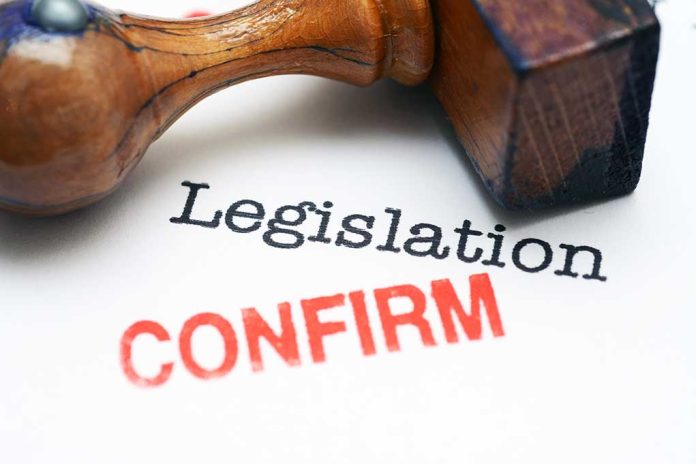 (RightWing.org) – Congress remains bitterly divided on most issues as the nation hurtles toward the November midterm elections. However, legislators have managed to find common ground regarding measures to fix at least one portion of the economy. Most recently, Congress passed a bipartisan measure boosting American semiconductor chip manufacturing.

On July 27, the US Senate passed the CHIPS and Science Act, and the House passed its companion measure the following day, sending the law to President Joe Biden’s desk for his signature. He issued a statement applauding the bill’s passage, adding that he looked forward to signing it into law.

The House passes the $280B CHIPS and Science Act, a high-tech investment and manufacturing bill, sending it to Pres. Biden’s desk.

24 Republicans defy party leadership, which had urged their members to vote "no" in an effort to sabotage Democrats’ revived reconciliation bill. pic.twitter.com/1eyybelcwA

The bill is a streamlined version of a bill (S.1260) introduced in April 2021 by Senate Majority Leader Chuck Schumer (D-NY) and co-sponsored by six Democrats and seven Republicans.

Also known as the CARES+ Act, the law is expected to bolster the country’s semiconductor industry, creating tens of thousands of high-paying union jobs.

Former President Donald Trump’s National Security Advisor H.R. McMaster applauded the measure earlier this year. He said that it was “vital” for Congress to “secure competitive advantages” for American manufacturing.

Likewise, several business groups supported the passage of the bipartisan bill, like the Washington DC-based lobbyist association Business Roundtable. The National Association of Manufacturers and the US Chamber of Commerce also spoke out about the act’s benefits.

What do you think about lawmakers finally coming together and passing a measure promoting American businesses?