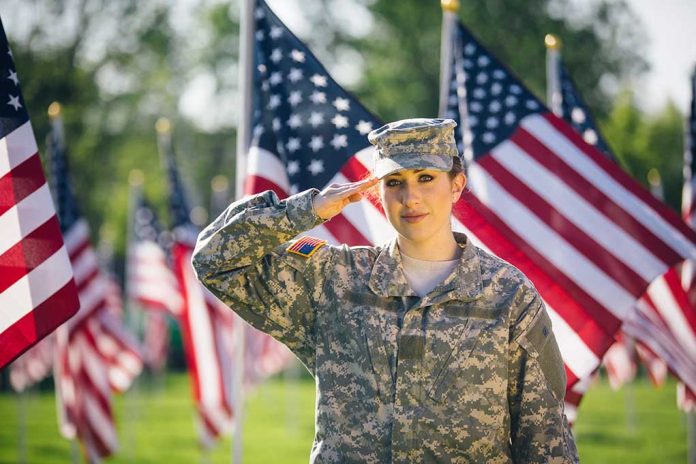 (RightWing.org) – Reports from Capitol Hill suggest Conservatives have won a victory in Congress over proposals to make women register for the draft. The issue sparked fierce resistance – but the military wants nothing to do with it.

On December 6, Politico reported that “two people with knowledge of the negotiations” say the National Defense Authorization Act will not open up the Selective Service system to women. Ever since Secretary of Defense Ash Carter opened all US military roles to women in 2015, there’s been growing pressure to expand draft registration, which only applies to men currently.

Drafting women is out. https://t.co/tzNudH49P2 via @politico

Advocates of expanding the draft say it would unlock a huge pool of talent for the armed forces. Many also criticize the current system for being sexist. Meanwhile, opponents, led by Senator Josh Hawley (R-MO), object to forcing women to serve in the military.

Discussion over keeping the draft male-only, or expanding it to include women too, is one of the rare bipartisan issues in Congress these days. However, it appalls the Pentagon. The US military doesn’t want to draft women. In fact, it doesn’t want to draft anybody. The United States Armed Forces are an all-volunteer, professional force and want to stay that way.

Should we keep Selective Service legislation the way it is, update it with “gender-neutral” language, or listen to our soldiers who advocate the days of conscription are over, and we should scrap it completely?