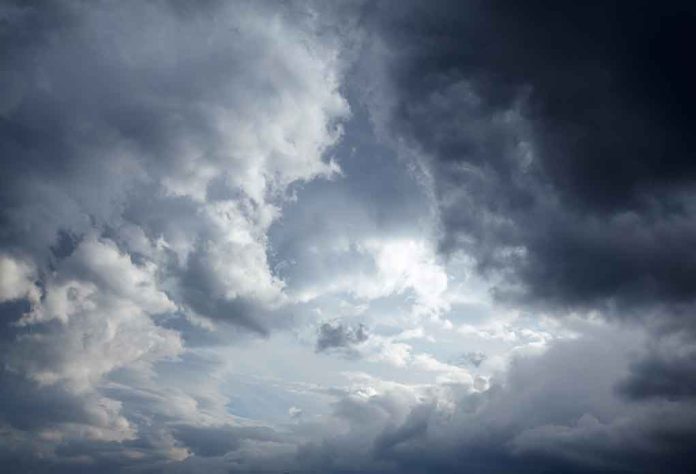 Look at what Silicon Valley ghouls are up to now. https://t.co/wPPvi9W9S1

The balloons release dangerous sulfur particles into the atmosphere. Make Sunset claims that highly reflective particles can bounce some of the sun’s rays back into space, reducing the Earth’s temperature.

The company released two balloons in April 2022, according to MIT, and on January 1, 2023, the company announced its plans to launch three additional balloons before the end of the month. These so-called “clouds” will “utilize sulfur dioxide [produced] by burning sulfur in the presence of oxygen.”

MIT pointed out a few areas of concern regarding Make Sunsets’ experiments. First, sulfur is a highly toxic substance that can create a phenomenon when released into the atmosphere called “acid rain.”

The National Institutes of Health and the Environmental Protection Agency have published extensive material discussing the harmful effects of acid rain. For instance, it causes or worsens respiratory diseases like asthma and chronic bronchitis, making breathing difficult for some people. Likewise, it adversely impacts fish, wildlife, plants, trees, and other ecosystems.

The second concern MIT has is that the theory of geoengineering remains questionable within respected scientific circles. Making matters worse, Make Sunsets is conducting its experiments without any oversight.

In case you missed it…

They are already doing this. A company called Make Sunsets have released sulfur dioxide into the air to BLOCK out the sun.

Read all about it in my latest Substack article here👇https://t.co/BPyXhKYWl2

Perhaps the most questionable aspect of the company’s operations is its fundraising effort. For a $10 fee, interested parties can purchase a “Cooling Credit.” Make Sunsets claims it will use the money collected from each purchase to “release at least one gram” of its “clouds” into the atmosphere, “offsetting the warming effect” of a ton of carbon dioxide for 12 months. This result has not been proven.