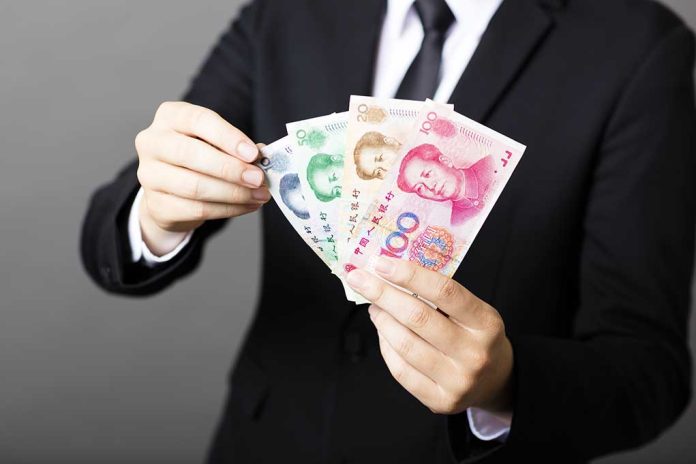 (RightWing.org) – Most of the world has united in condemning Russia’s invasion of Ukraine, with one conspicuous exception – China. Instead, the communist dictatorship insists it doesn’t interfere in the “internal affairs” of other countries and is publicly calling for “restraint.” But is there something more sinister going on?

On February 27, China expert Gordon Chang told reporters recent commercial deals between Moscow and Beijing had a big influence on the invasion – they helped pay for it. Chang, who has Chinese-Scottish ancestry and worked in both mainland China and Hong Kong for decades, pointed to an energy deal signed just before the start of last month’s Winter Olympics that will earn Russia $117.5 billion in exchange for oil and gas; the money, he says, helped bankroll the invasion – and will also help Putin ride out the sanctions the West has imposed.

Yes, so we must treat #China as a combatant against #Ukraine. Among other things, this means we must freeze the #dollar accounts of all #Chinese banks and state enterprises. We must disconnect all Chinese banks and other institutions from #SWIFT. https://t.co/chhkL0PPYq

It’s not all bad news, though, according to Chang. China has made no secret of the fact it wants control of Taiwan and has been ramping up its military intimidation of the island democracy over the last year. However, Chang says, the strong international response to Putin’s aggression could make them pause. Still, he warned the Biden administration has been too soft on China and Russia, and he’s worried the president won’t punish China for supporting Putin.