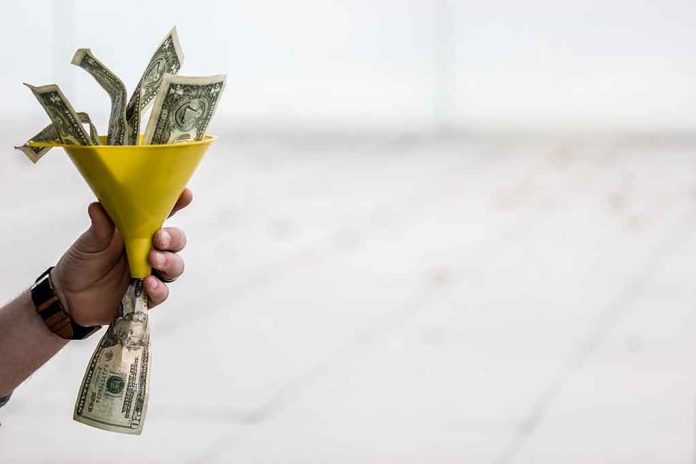 (RightWing.org) – Over the last year, the Biden administration has faced criticism over its energy policies. During the 2020 presidential election, then-Democratic presidential nominee Joe Biden swore he would work to eradicate fossil fuels and make good-paying green energy jobs a top priority in his administration. On day one, he started the process and hasn’t let up since — despite significant rises in gas and utility costs for US consumers.

Now, it appears he could face investigations over grants the Department of Energy (DOE) gave green companies to the tune of tens or hundreds of millions of dollars. The challenge is that China dominates the clean energy supply chain. In April 2021, carbon capture company LanzaTech partnered with a Chinese conglomerate, and since then, the US government has given LanzaTech $10 million in grants.

Green Company Gets US Grants After Partnering With Chinese Firm

In 2021, Sinopec Capital announced it was investing in LanzaTech to promote the “direct production of chemicals from waste carbon.” The US-based organization says it recycles pollution and eliminates single-use carbon by converting emissions and waste into ethanol, which creates “sustainable aviation fuel or polyethylene for consumer goods.”

In SEC disclosures, LanzaTech acknowledges its relationship with the Chinese-owned business, which the communist nation uses to buy oil from countries under US sanctions, such as Iran and Russia. In November, LanzaTech acknowledged in a filing the partnership could cause hardship if the United States government or other countries sanctioned specific Chinese individuals. It also noted the communist government could influence its operations at a moment’s notice, leaving the company unable to protect its business interests.

LanzaTech had previously partnered with at least one other Chinese-owned establishment. In 2018, it entered a joint venture with steel magnate Shougang Group to build an ethanol plant in China. In addition, it also raised millions of dollars from CITIC Capital, a subsidiary of one of the communist country’s largest corporations.

Still, there’s more. Not only did the Biden administration give grants to LanzaTech, but it also gave a $200 million grant to Microvast Holdings, which builds lithium batteries and operates primarily out of China. On Tuesday, December 6, The Washington Free Beacon reported the Securities and Exchange Commission (SEC) placed Microvast on a watchlist. The report said the Chinese-based companies didn’t comply with auditing requirements according to US regulations.

Republicans Criticize the Grants and Call for Hearings

Senator Tom Cotton (R-AR) stated that the president should encourage US energy producers and American energy independence instead of giving away taxpayer dollars to Chinese-backed companies. He wasn’t alone in his criticism.

Senate Energy and Natural Resources Committee ranking member Sen. John Barrasso (R-WY) launched a formal inquiry into the DOE grant provided to Microvast. He said the money provided to the company endangered national security and undermined the US goal of technological supremacy.