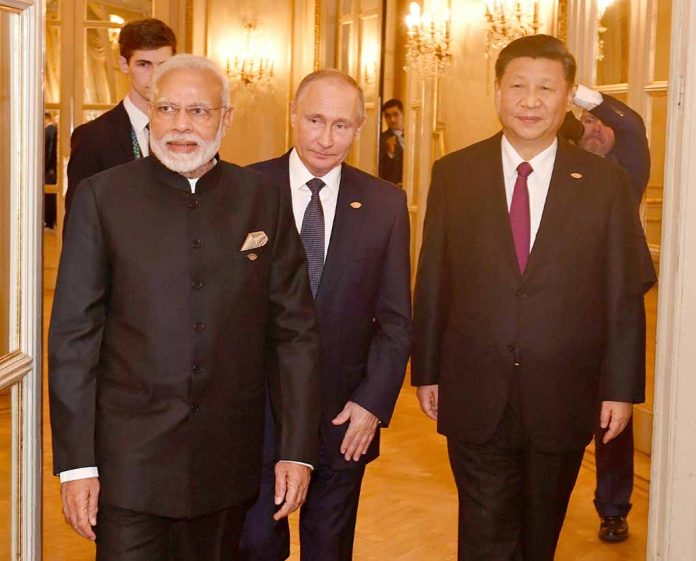 Is China Behind Secret Operation In Russia?

(RightWing.org) – Since Russia invaded Ukraine in late February, China has attempted to play both sides of the war. On the one hand, the communist country has tried to give the appearance of distancing itself from Moscow. On the other hand, it has affirmed President Vladimir Putin had legitimate concerns and refused to condemn his aggression. Beijing has blamed the United States and NATO for the conflict.

Ahead of the Russian invasion in February, Chinese President Xi Jinping and Putin held a summit that saw the two countries commit to a stronger relationship. Both leaders said they opposed an expansion of NATO, which was a central demand by Moscow and a reason for the Ukrainian invasion. Now, it appears the Chinese may be behind a secret operation with Russia.

According to a Ukrainian military news site, nine Russian cargo planes recently visited the communist country over the course of a single week. Defense Express alleged that officials monitored heavy cargo planes on flight tracking services flying from the Russian Federation into China and back. It noted some aircraft did not turn on their transponders, making the actual number of flights hard to determine.

On Sunday, November 27, the news outlet said spotters on the ground at Zhengzhou airport caught video of the An-124 aircraft landing. They stated the plane was then loaded with military “equipment, body armor, helmets, clothing,” and more. The Ukrainian news organization said it posted the video on Telegram.

Additionally, Defense Express stated how flight tracking providers showed nine of the massive cargo planes traveling between Russia and China. Yet, only three returned. It suggested pilots turned off the aircraft’s transponders during the flight to avoid detection. It noted the roundtrip flight route was Moscow, Novosibirsk, Zhengzhou — Zhengzhou, Novosibirsk, Moscow. Zhengzhou is a large logistics hub between the world’s most populated country and Europe. It is also host to Chinese defense company Norinco.

Ambassador Said China Was For Peace, Not War

In March, Chinese Ambassador to the United States Qin Gang stated his country wasn’t going to consider sending military equipment to aid Putin’s war against Ukraine. He called any news contrary to his statement disinformation and rejected any assertion otherwise.

When CBS host Margaret Brennan asked if Beijing intended to help Putin, Qin said China opposed the war and stood for peace. He emphasized they were calling on Russia to immediately enact a ceasefire and stated his country was promoting peace talks.

Still, Qin did say they would provide the Russians with food, medicine, baby formula, and sleeping bags.

So, has China changed its mind?

Is it aiding Russia’s war on Ukraine?

If so, President Joe Biden warned Xi there would be consequences if it aids Russia. Will he follow through?