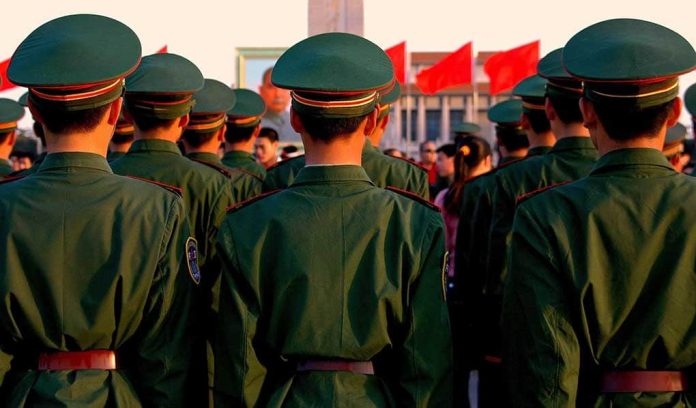 (RightWing.org) – As the Chinese Communist Party launches another bid to control the story of where COVID-19 came from, the dictatorship’s leader ordered his military to be ready for war. With several key US allies within Beijing’s growing reach, it’s another reminder that America can’t let its guard down for a minute.

On January 4, communist leader Xi Jinping issued a mobilization order to the People’s Liberation Army (PLA), the world’s largest military force. Announcing the move, Xi ordered China’s armed forces to increase training “in real combat conditions” and not to fear hardship or death. He specifically called on commanders to practice joint operations between the different military branches. This form of training is expensive but brings troops to the readiness level needed for immediate deployment to war.

President Xi Jinping on Monday signed a mobilization order for the training of the armed forces, the first order of the Central Military Commission (CMC) in 2021. (file pic) https://t.co/twfhIb47TM pic.twitter.com/4nkxbjraBG

This year marks the 100th anniversary of the Chinese Communist Party’s founding, and the regime can be expected to display the PLA’s power as part of the celebrations. However, Xi’s mobilization order is unusually specific and puts the PLA on a definite war footing. Xi told his soldiers to be ready to “act at any second.” The question is, what show is he planning to put on?