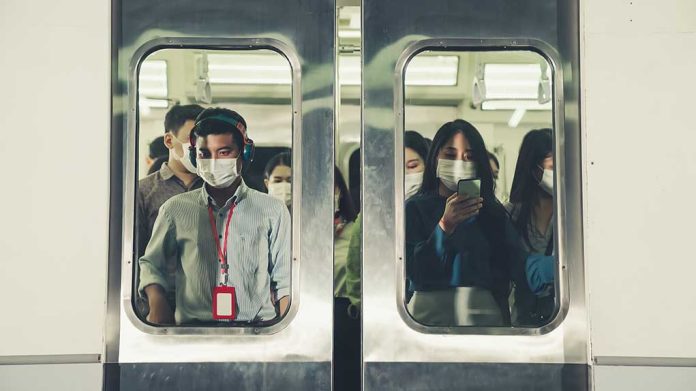 (RightWing.org) – In the 1970s, the US government began sounding the alarm that China was on the rise economically and militarily. In the 1980s, the Department of Defense (DOD) warned the new global emergence of Beijing meant conflicts were likely. Over the next few decades, the Communists became sophisticated as their country became attractive to Western countries for manufacturing and trade.

Despite the so-called Chinese century, could the once fast-paced growing state be entering a period of significant decline? It appears that may be the case as the world’s largest populace begins to shrink. Declining birth rates could impact the country’s aspirations of dominance as its economy shifts and declines.

One-sixth of the world’s inhabitants live in China, which is 2.2% larger in land mass than the United States. While the government can’t control the latter, the former may be costly to the Chinese Communist Party’s (CCP) dream of becoming a long-term dominant superpower. Leaders may be unable to do much to change the direction of the country, and it may have itself to blame.

From 1949 to 1979, the Chinese population exploded from 540 million to 969 million. By 2015, the citizenry eclipsed 1.4 billion. The sheer number of people allowed the country to become a global economic force. Lots of citizens meant increased demand as the West sought cheap manufacturing.

Still, a problem was in the making.

According to The Shanghai Academy of Social Sciences, if this trajectory holds, by 2100, China’s population could be down to 587 million people — less than half of what it is today.

Consequences Could Be Painful

Today, Beijing is spending massive amounts of money on developing its military, which may be unsustainable. The number of working-age citizens has been contracting for a decade, as well. By 2050, the United Nations (UN) projects it will fall another 22%. That means there would be 217 million fewer citizens to work the farms, factories, and businesses. For every 100 people working, they will have to support 120 older ones.

In 2016, the CCP suspended the one-child policy. Still, women are not having babies, and COVID isn’t the principal cause, as birth rates have been declining for some time. There are many theories why, including the fact there are fewer women.

As the communist country ages, the government will have little choice but to transition the economy to provide for the massive number of older people. Experts say pensions will rise from 4% GDP in 2020 to 20% by 2100.

So, how long will China be a global powerhouse?

Perhaps not as long as it hoped.