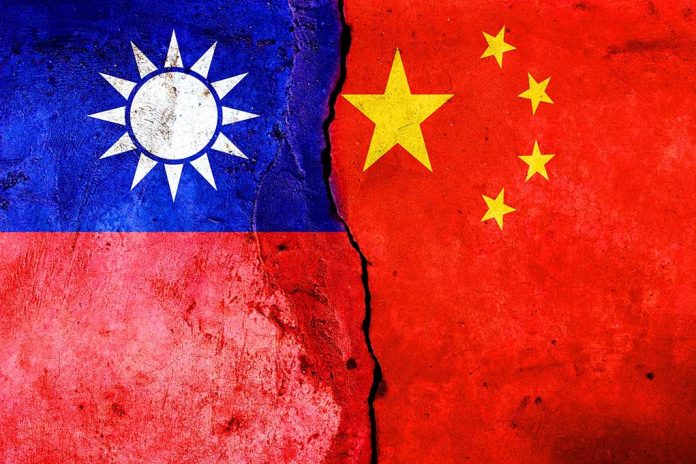 (RightWing.org) – The People’s Republic of China continues to claim control of Taiwan despite the tiny island nation’s claim of autonomy from the mainland. As of Tuesday, October 11, Chinese military aircraft or naval vessels have been playing a high-tech game of cat-and-mouse with their neighbor without missing a day since the first of the month. In response, Taiwan’s Ministry of National Defense recently redefined what constitutes a “first strike” regarding its national defense posture.

On Tuesday, Taiwan Defense Minister Chiu Kuo-cheng informed the nation’s parliament of his decision to redefine what constituted a first strike. He said a recent increase in the use of unmanned aerial vehicles (UAVs or drones) around the island nation’s territorial waters prompted the move.

🇹🇼Taiwan announced that the island would expand its definition of "first strike."

Under the new policy, the Taiwanese military will retaliate against significant sea and air incursions by China, in addition to missile strikes.

Chiu told legislators that the Chinese Communist Party (CCP) is modifying its tactics. Previously, the Defense Ministry defined first strikes as a “missile or artillery” attack. However, with UAVs flying into Taiwan airspace with increased regularity, he decided to add any “physical [intrusion] by a UAV” as a qualifying incident.

According to Chiu, Chinese and Taiwanese officials “are adjusting” to the situation. He added that his decision to consider drone flyovers as a first strike didn’t represent a “major change” in policy.

Taiwanese military troops recently detected commercial drones flying into its airspace in August and September. However, officials have not linked the devices to China’s People’s Liberation Army.