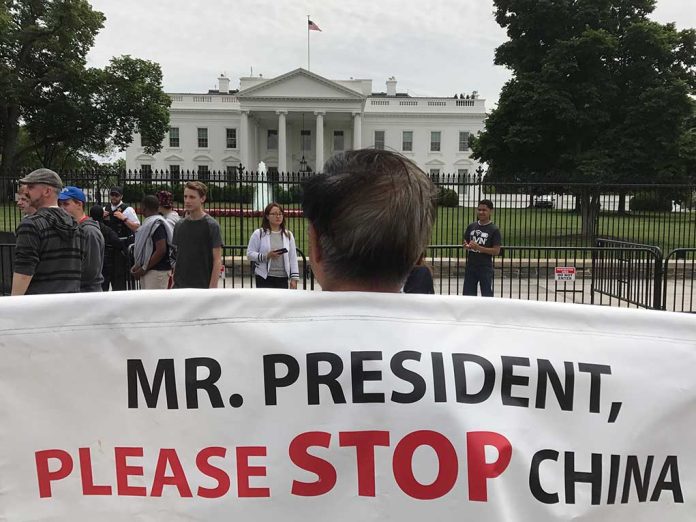 (RightWing.org) – China’s communist regime dialed its aggression up a level on Thursday, openly threatening its democratic neighbor Taiwan. The timing – just a week after President Biden’s inauguration – makes it a challenge to the US, too.

On January 28, Chinese defense spokesman Wu Qian warned Taiwan that “independence means war.” It’s not the first time Beijing has used this theme; although Taiwan has been de facto independent for over 70 years, the communist party is solidly opposed to this reality being made official.

A U.S. aircraft carrier group entered the South China Sea on the same day that Taiwan reported a large incursion of Chinese bombers and fighter jets into its air space. The tensions are raising concern in Washington https://t.co/9x65XseTAl pic.twitter.com/fVgJAXVmVp

China backs its threats up through military power; over the last week, at least 28 Chinese combat aircraft have intruded into Taiwan’s air defense zone. That risks the US being drawn directly into any conflict. Even though there’s no formal US-Taiwan defense treaty, Washington has always made clear that China must not use force to occupy Taiwan. It doesn’t look like Beijing understands that message too clearly, so if the Biden administration doesn’t take a firm stance, there’s a real risk of war.