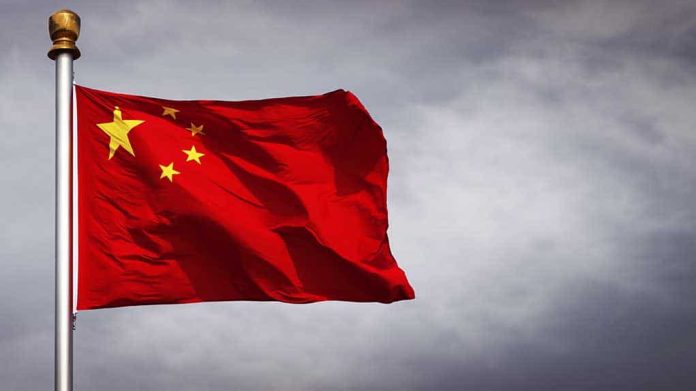 (RightWing.org) – China’s communist regime has raised its aggression to a new and alarming level, issuing threats of nuclear war against a major US ally – and openly confirming that, sooner or later, it plans to invade another US ally.

On July 13, the Chinese Communist Party (CCP) released a new propaganda video warning to Japan. The chilling message boasts about China’s future “liberation” of Taiwan – a democracy that has no wish to be ruled by China – and threatens “full-scale war” if Japan tries to intervene.

"WW3 fears as China threatens to NUKE Japan on eve of Olympics if it intervenes in Taiwan conflict" https://t.co/ND97jW8MgC

Cynically exploiting the fact that Japan is the only country that’s ever been attacked with nuclear weapons, the Chinese video boasts that “Nuclear deterrence against Japan will get twice the result with half the effort.” It says while China claims it will never use nuclear weapons against countries that don’t possess them, they will make an exception for Japan – and if Japan helps defend Taiwan against a Chinese attack, it will be hit repeatedly with nuclear attacks “until its unconditional surrender.”

Since President Biden took office in January, China’s aggression against Taiwan has steadily ramped up – but this video is a huge and worrying escalation. The US has a treaty commitment to defend Japan if it’s ever attacked, and now China is threatening the country with nuclear war. Beijing is playing a very dangerous game.