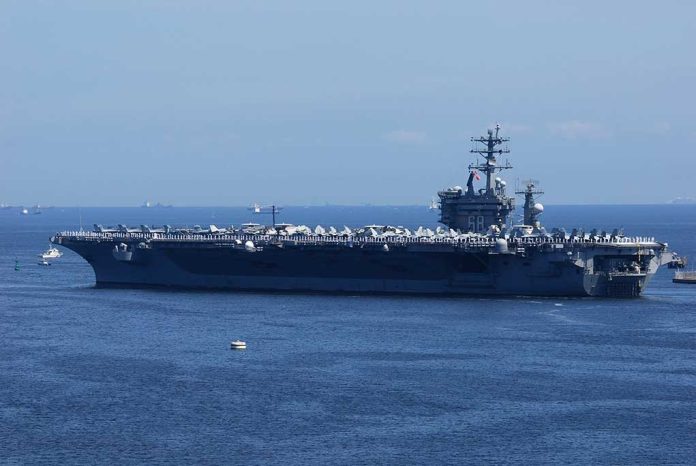 (RightWing.org) – Since the end of World War II, the US military has been able to move as it pleases throughout the Pacific Ocean. Yet, the Chinese military is becoming more of a threat to the US than at any point since that time. According to the Heritage Foundation, that threat is growing and evolving in real-time as China invests in new weapons and technologies.

For any military to achieve an objective, it takes considerable time to plan and practice. During a service member’s career, they will likely spend far more time training for war than engaging in it. That’s why some military analysts are growing concerned by what they observe in China, and some question if they are secretly — or not so secretly — preparing to destroy the US Navy.

Is China Practicing to Destroy the US Navy?

When the Japanese attacked Pearl Harbor on December 7, 1941, it didn’t happen by a whim or by accident. For nearly a year, Japanese forces trained for the attack. They practiced and prepared for the day when they would cripple the US Navy.

Could China be up to the same thing?

According to USNI News, China has been building targets resembling US naval ships in the desert since 2021. Military analysis of satellite imagery showed that the Chinese military has been testing long-range ballistic missiles on the targets. In December, a test missile hit a ship dead center that resembled a US destroyer. Recently, a test hit a new target that looks like an aircraft carrier. USNI News said the Chinese appear to be laying metal sheets on the ground that resemble the shape of an aircraft carrier.

So, should the US military be concerned that China is preparing for a future conflict?

Ballistic missiles are one thing, but advanced hypersonic missiles are another. China has been developing several models of these, but they are known to be primarily land-based.

While not everyone agrees that hypersonic missiles are the threat some make them out to be, they do fly so fast that it’s unknown if the US has the technology to shoot one down. They fly at over five times the speed of sound and are also harder to detect than traditional ballistic missiles. Nonetheless, according to the Pentagon’s most recent report on Chinese military power, at least four hypersonic missiles in the Chinese inventory were cause for concern.

The question is, is the US military developing strategies and tactics to prepare for possible Chinese aggression?