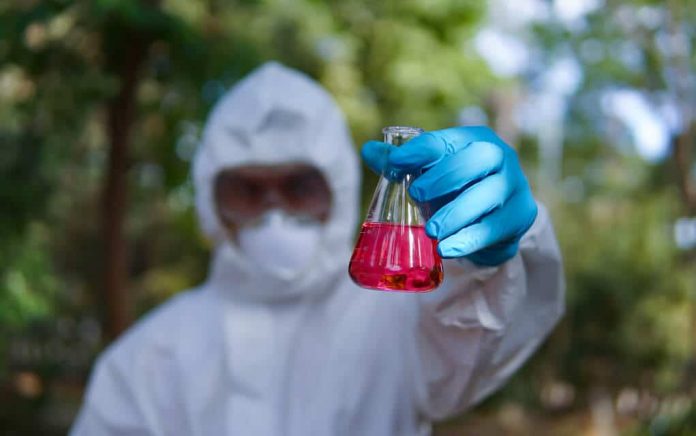 (RightWing.org) – There are disturbing signs China is looking at new ways of waging war – and bioweapons might be one of them. That isn’t just a danger to the US; it’s a warning the communist dictatorship is willing to break the rules of warfare if it thinks that will help them.

The west is just starting to notice the links between China’s response to the COVID pandemic and its interest in biological warfare. For more than 15 years, Chinese military leaders have been writing about the potential of new bioweapons to give them an advantage. Despite its rapid buildup, China still isn’t close to matching the US in conventional weapons, and its nuclear arsenal is a fraction of ours. As a result, they’re looking at new, more controllable types of biological agents to nullify US superiority.

#HealthExpress | A look at China’s biowarfare ambitions https://t.co/mUYXifdGmz via @orfonline

One Chinese author, Colonel Ji-Wei Guo, described the ideal weapon in a 2005 essay. It would be an artificially created disease with low lethality but capable of causing chaos. It would have plausible deniability – it could be blamed on a natural source, making it usable even if no countries declared war. And China would work to keep control of the vaccine. Does any of this sound familiar?

So, was COVID a natural disease, an experiment that escaped, or the first bombardment of a new style of biowarfare?