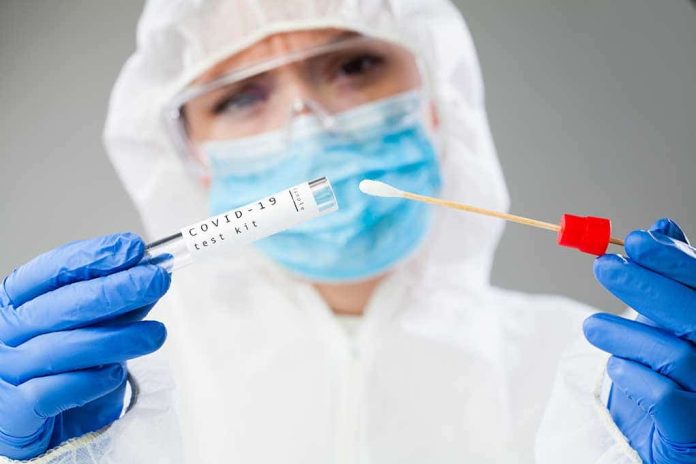 (RightWing.org) – There have been plenty of complaints about the uncomfortable and invasive nasal swabs used in coronavirus testing. The swabs are uncomfortable enough to put many people off taking the tests. Now, China has come up with a solution – but it’s unlikely to be any more popular. In fact, the CCP has decided to stick its COVID swabs where it’s been keeping its head all these years.

State-controlled broadcaster CCTV claimed on January 23 that traces of the virus remain in the anus longer than in the throat, making it a more reliable site from which to collect samples. The testing process, which one Chinese internet user described as “low harm, but extreme humiliation,” involves pushing a swab about two inches into where the sun doesn’t shine and rotating it several times, then sealing it in a sterile packet.

I'll pass on this type of Covid-19 testing… https://t.co/hT9e0yBXmD

Even in China, there’s horror at the use of such an undignified test – as well as serious doubts about whether it even works. Yang Zhanqiu of Wuhan University – a school that should know more about the virus than most – says throat swabs are more reliable, and the respiratory system transmits the virus, primarily.

Of course, the Biden administration might mandate the new tests here, too, as part of its rush to suck up to China. We always thought he was a pain in the… you know.