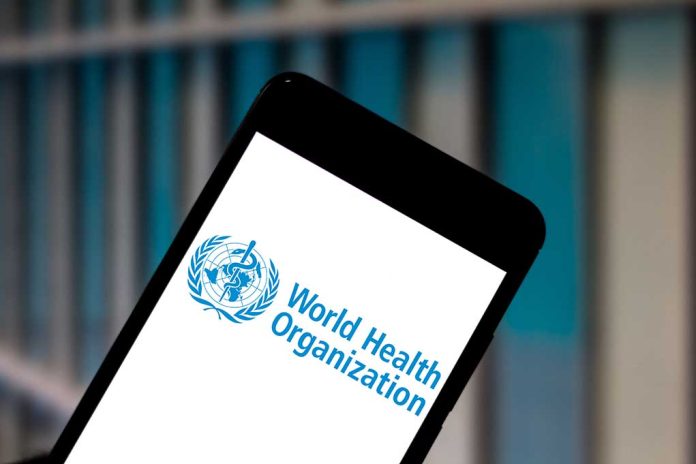 (RightWing.org) – In 1945, diplomats from around the world gathered together to create the United Nations (UN). Three years later, the international organization founded the World Health Organization (WHO). Surprisingly, at the conference to establish the UN in April 1945, China and Brazil initially proposed the establishment of the international health organization.

On Friday, May 27, the WHO elected China to its Executive Board. Many question the decision in the wake of the COVID-19 pandemic and China’s lack of transparency around its origins. Some even wondered if the WHO could be trusted in 2020. Now, those concerns are only set to grow considering the list of nations that joined the WHO Executive Board in addition to China.

Did the WHO Just Ruin Its Credibility?

The UN tasks the WHO with providing broad international mandates to work as a coordination agency between nations during global health issues. Since the WHO’s inception, the United States has been a leading contributor to the resources necessary to fund the organization. According to the Kaiser Family Foundation, the US provided between $200 million and $600 million per year over the last 10 years. The lone exception was 2020 when President Donald Trump tried to get the US out of the WHO and strip its funding due to alleged corruption with China. In January 2021, newly inaugurated President Joe Biden immediately reversed course and restored the WHO’s funding.

In the wake of the COVID-19 pandemic, it became apparent that the virus came from China. The question was, where did the virus come from, and how did humans get infected? Some believed COVID-19 came from experiments at the Wuhan Lab of Virology. When the WHO asked to research the facility, China did so cautiously.

In August 2021, a WHO official claimed in a documentary that China dictated what could go into the report regarding the virus’s origins. The Chinese communist government allowed a mention of the lab-leak theory so long as the WHO didn’t recommend any further studies on the matter.

Should China Serve on the WHO Executive Board?

On Saturday, May 28, Ross Clark of The Spectator questioned whether China should serve on the WHO Executive Board. He asked if anyone has faith in the WHO’s ability to lead during a future pandemic based on its perceived corruption since 2020.

Clark argued that no one should trust the WHO after installing China on its board, yet not one single democratic country opposed its nomination. Still, Clark said China is a dictatorship that abuses its people. He accused the Chinese Communist Party (CCP) of obstructing the WHO investigation into the likelihood that China caused the COVID-19 pandemic.

Still, China wasn’t the only country the WHO allowed onto its board. It invited other countries with a disastrous response to the pandemic as well, most of them small and without financial or scientific resources to combat pandemics. Countries invited to the Executive Board included Brazil, Yemen, Ethiopia, Senegal, Slovakia, Micronesia, and more. The list doesn’t include significant European countries or Canada.

So, who will have the political clout to stand up to the Chinese on the Executive Board other than the US?