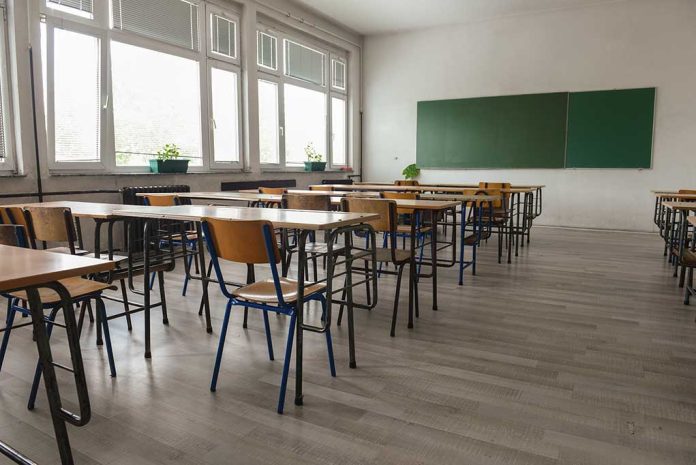 (RightWing.org) – There’s a fine line between educating children and grooming them. Unfortunately, an Oregon school district may have crossed over the wrong side of that boundary when it allowed children to skip school to watch a woke show as part of its curriculum surrounding transgender individuals.

The Tigard-Tualatin School District serves the academic needs of a portion of the Greater Portland metropolitan area. A recent exposé by The Daily Wire shed light on a controversial practice at Twality Middle School as part of its recognition of Transgender Awareness Week, beginning on Monday, November 14.

According to the news report, school officials allowed its students to skip their last two class periods on Friday, November 18, to watch the first two episodes of a controversial television series, “First Day.” The 2020 to 2022 mini-series focuses on the challenges facing Hannah Bradford, a transgender boy who identifies as a girl, during the first year of high school. It also follows the character’s woke journey to discover how to live life as their authentic self.

The Daily Wire obtained several PowerPoint presentations detailing the watch party promising the play the rest of the series for students at some point in the future.

On the plus side (if there is one), parents were advised about the week-long transgender event and allowed to opt out of the programs for their children. Traci Rose, the school district’s community relations director, said that students had to present a permission slip from their parents to attend the viewing — something contradicted by the PowerPoint on the Friday afternoon event. They also had to have one signed by their teachers confirming they had completed all their classwork.

However, the weeklong event schedule for 6th through 8th graders represented a disturbing trend within the Tigard-Tualatin School District. For instance, a guidance sheet detailing the district’s policy regarding “political and social expression” stresses its efforts to “empower people of color” to “value… culturally responsive instructional practices… [and] the contributions of historically marginalized communities.”

The guidance also stresses the importance of respecting the woke principles promoted by the Black Lives Matter movement and embraces what it calls “cultural competency.”

Unsurprisingly, US News and World Report gave Twality Middle School an overall score of 82.97 out of 100. A whopping 48% of its students scored below the “proficient level for math” and 35% for reading.