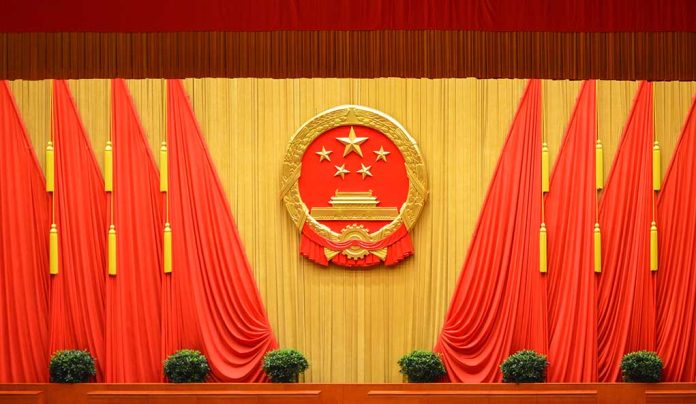 CCP BANS Officials From Engaging In This Activity.

(RightWing.org) – The Chinese Communist Party (CCP) has just banned senior officials and their families from being involved in business. It says it’s to reduce corruption, which is rife in China. The real reasons might be a lot less noble.

Communist Party officials must report business activities of their spouses and children and those who fail to do so or seek to skirt the rules will be "dealt with seriously in accordance with regulations and laws.” https://t.co/YoJKozCNy2

On June 19, CCP media channel Xinhua announced that senior officials, their spouses, children and children’s spouses will now be forbidden to take part in business activities. If they refuse to step down from business positions or give up their investments, they have to resign from their government job. The new law also orders officials to submit annual reports on their business interests and those of their families. Officially, this is an attempt to clean up the notoriously corrupt CCP. However, China analysts think the real reasons are very different.

In an interview with The Epoch Times, Chen Weijian, editor-in-chief of Bejing Spring, claims that President Xi Jinping is facing a lot of criticism over his failed “zero COVID” policy; many senior officials want the Chinese economy running again. The new law gives Xi a handy stick with which to beat his critics. Wu Zuolai, a U.S.-based China scholar; expects the investigations into Xi’s detractors to continue until the upcoming CCP 20th Party Congress, where he’s up for reelection.

On top of that, the economic slowdown caused by Xi’s COVID policies has left China very short on cash. Analyst Wu Zuolai pointed out that many officials have made vast fortunes; if they can be forced to “donate” some of that to the regime it could generate up to $7.5 billion a year.