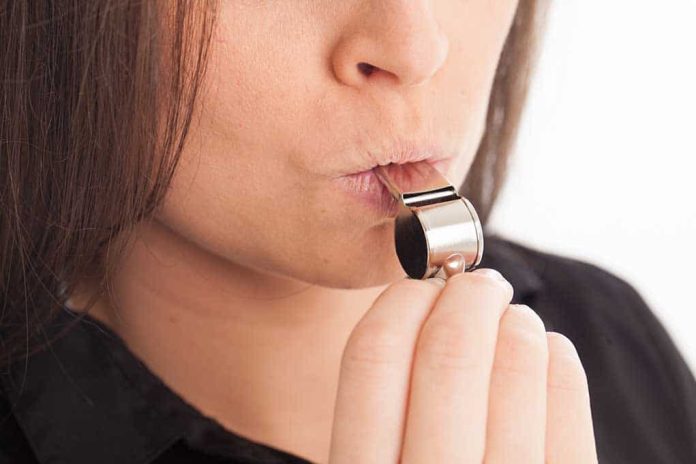 (RightWing.org) – Cancel culture continues striking Americans in unexpected ways. R & B singer Macy Gray recently called for a new flag representing “all people,” claiming protesters who stormed the US Capitol Building on January 6 ruined “Old Glory” as an American symbol. In New York, a court suspended Rudy Giuliani’s license to practice law in the state on June 24, apparently for the unpardonable sin of questioning the results of the 2020 presidential election on behalf of his client and longtime friend, Donald Trump.

It seems the media isn’t immune to cancellation either. Earlier this week, April Moss, a former meteorologist for Detroit CBS-affiliate WWJ-TV, lost her job after announcing her interview with Project Veritas to discuss the network’s editorial double standards, discriminatory practices and questionable journalistic ethics. She specifically wanted to discuss how corporate interests outweighed the station’s obligation to report the news accurately.

Moss described WWJ-TV’s news coverage as “propaganda” before turning her attention to her motivation for blowing the whistle on its operations. According to her, the country is disintegrating in a mire of disinformation. “True journalism [isn’t] being executed anymore,” she explained, adding that she couldn’t live with herself if she didn’t speak out about WWJ-TV’s practices.

As a footnote, the station claimed it fired Moss over her objections to its “policies regarding COVID-19 testing” and mask mandates. And the rest of the world is supposed to believe it’s just a coincidence her termination came after she announced her sit down with Project Veritas?