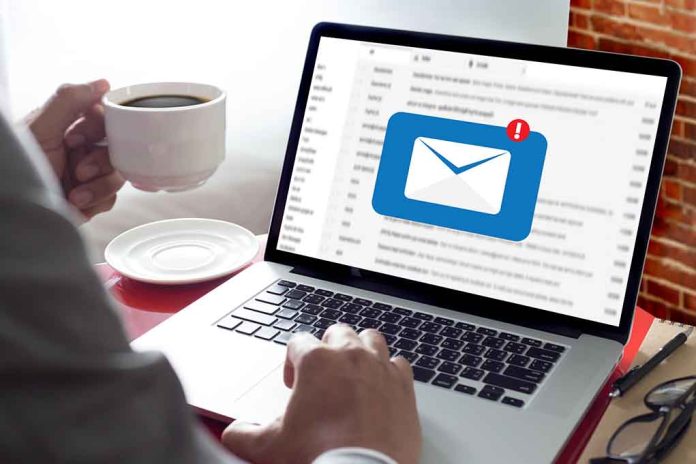 (RightWing.org) – It’s no great secret that former President Donald Trump and allied super-PACs have expansive mailing lists they use to raise funds for various causes like his presidential campaign and funds to push back against the numerous witch hunts launched against him, his family, and the Trump Organization. A disturbing new report indicates that a CBS affiliate has launched an investigation over its response to a Trump email.

On January 4, the Daily Caller released a stunning article detailing allegations that Missouri-based KRCG-CBS 13 sent a harsh response to an email from MAGA Inc., the main super PAC supporting the former president’s 2024 bid for a second term.

The Daily Caller obtained a copy of the email, and it’s a doozy — pardon our French! An undisclosed person from KRCG sent the message in response to a bulk, “In case you missed it,” email from the super-PAC promoting a recent opinion piece about Trump’s ability to recuse and restore the American Dream.

“I am the VP & GM of KRCG TV. I assure you, this is not a reflection of our journalistic standards and will be met with disciplinary action pending an investigation,” Beth Worsham told the @DailyCaller after being asked about the email to Trump's PAC.

The correspondence calls President Trump several offensive names like “criminal” and “traitorous.” In one instance, it even refers to him as an “idiot candidate.” “Stop sending… these pathetic emails,” the message stated, adding that perhaps Trump’s time would be better spent getting ready to serve a prison sentence. “Prepare for a long stay!” it read.

The Daily Caller reached out to KRCG officials about the email. Beth Worsham, the vice president and general manager of the CBS-affiliated station, vowed to investigate the incident. “This is not a reflection of our journalistic standards,” she explained. Moreover, she vowed that the guilty party would face “disciplinary action” pending the outcome of the news agency’s probe.

Looking at the bigger picture, MAGA Inc.’s head, Taylor Budowich, told the Daily Caller that this incident is a prime example of why the American public has lost faith in the mainstream media.

What do you think about how media outlets report on matters related to President Trump?