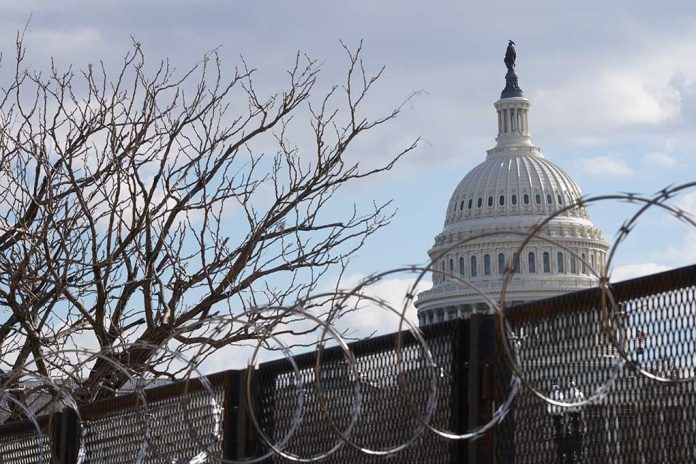 (RightWing.org) – There are new questions about what’s going on at the Mexican border after a group of senators carried out a fact-finding tour last week. President Biden says nothing has changed at the border, but these senators have been there – and they disagree.

The 18 senators – all Republicans – made a two-day tour of border facilities and the border itself. Senator Ted Cruz (R-TX) says he was shocked to see “cage after cage after cage” of detained children, part of the flood of unaccompanied minors attracted by Biden’s lax policies. Mike Braun (R-IN) saw detainees being held under a bridge.

We encountered human traffickers & cartel members tonight, yelling at us across the Rio Grande and preparing to cross. #BidenBorderCrisis pic.twitter.com/yXl3AyUIPd

On the actual border, the senators were confronted by members of Mexico’s criminal cartels, who shouted threats and insults from the other bank of the river. “Whatever you do, we’re coming,” they promised.

Surprised you haven’t heard any of this from the mainstream media? Don’t be. One of Biden’s representatives approached the senators at a border facility and asked them to delete all the photos they’d taken during their trip. Luckily, they refused to let the administration silence them.