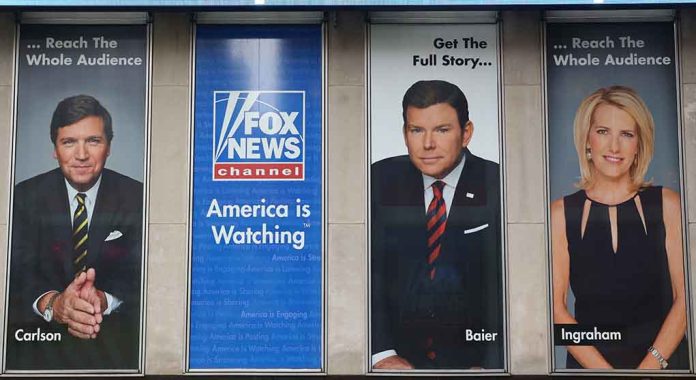 (RightWing.org) – Fox News host Tucker Carlson has been a long-time defender of former president Donald Trump. Based on his record, you’d probably expect him to be an early backer of Trump’s planned 2024 campaign — but you’d be wrong. It turns out Carlson is keeping his options open for now.

““I’m not endorsing anybody. I have no idea what’s going to happen in the Republican primary.” ⁦@TuckerCarlson⁩, taking the responsible position for anyone w/ a platform on which all major candidates will be welcomed. https://t.co/pQyYojNdCh

At the Turning Point USA AmericaFest on December 17, an audience member asked Carlson who he would support in a hypothetical 2024 Republican primary — Trump or Florida Governor Ron DeSantis. Carlson didn’t give a direct answer, but he did explain why that could be a tough decision to make.

Carlson stressed that he loves Trump, who he described as “one of the funniest people I’ve ever talked to,” and defended him against slurs on his character, but also admitted the former president does have things for which he can be criticized. Carlson seems impressed by DeSantis, though. Saying the governor has done a great job, he marveled that “people move to Florida because he’s the governor” and said he was used to states where people don’t even know the name of the governor.

Looking ahead to the presidential primary, Carlson said Republicans were worried it could be “horribly destructive,” but he doesn’t think it’s inevitable. He did say it’s likely to be a cliffhanger and admitted he has no idea how it’s going to work out.

So, while he didn’t answer the question, what he actually said was a lot more thought-provoking and useful.