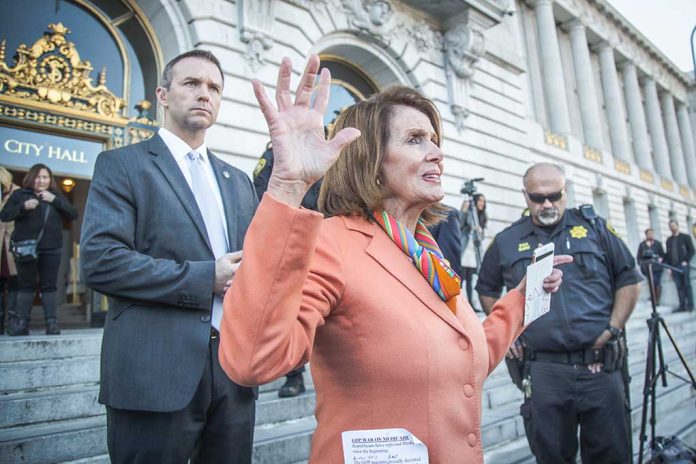 (RightWing.org) – Some law enforcement agencies remain on edge in the wake of the January 6 riot at the nation’s capital. Everyone from the FBI to the Department of Homeland Security continues investigating the incident and hopes to prevent a repeat of that situation in the future. However, the US Capitol Police appear to be taking things to the extreme.

On January 6, the Capitol Police issued a press release thanking their officers for their efforts during the January 6 incident. It also discussed measures it is taking moving forward to protect the nation’s capital. Its Enhanced Member Protection program is particularly alarming.

The Capitol Police plan on opening field offices in California and Florida to investigate potential threats to Congressional members. The department also plans to expand the program to other states in the “near future.”

U.S. Capitol Police announced that the agency is opening regional field offices in California and Florida to investigate threats to members of Congress in the wake of the Jan. 6 attack on the Capitol. https://t.co/L3cJ5Hhp8B

There is obvious concern regarding the legality of the Capitol Police expanding their authority beyond the boundaries of Capitol Hill. Equally disturbing is the possible role played by House Speaker Nancy Pelosi (D-CA) in the decision.

According to the USAToday, she was instrumental in calling for the former head of the Capitol Police to resign shortly after the January 6 incident. Additionally, she clearly has some authority over the department.

As the Capitol Police website notes, two House committees have oversight responsibilities over the department. By extension, that means Pelosi can exert some authority over its operations.

With all the problems facing the country, one would like to think that Pelosi has better things to do than meddle with the affairs of the Capitol Police. However, with the midterm elections around the corner, Pelosi has reason to spread fear and chaos related to the January 6 incident as part of an effort to cling to power.