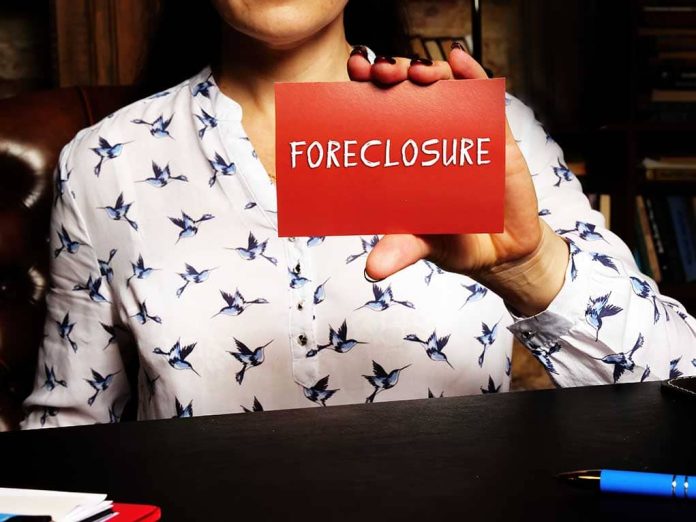 (RightWing.org) – Late British historian Lord Acton said, “Power tends to corrupt; absolute power corrupts absolutely.” This is the mantra of the conservative movement, as some know it. A small, efficient, and accountable government prevents politicians and bureaucrats from increasing their powers and decreasing their mortality. The COVID-19 pandemic is revealing just that for those paying attention to what happened over the last year.

It’s not just about lives and livelihoods. Those are merely symptoms of the sickness that ails America. Democrats and Republicans alike long ago embraced the religion of government. They believe the power of government can cure any ail in America and that to do so, it must become bigger and more powerful. A year after the pandemic, one federal agency is working to stop a mortgage crisis that the federal and state governments created. The consequences could be severe.

Can the Government Solve the Problem It Created?

Following the Constitution can be a painful thing. Why? Because liberty and personal responsibility go hand-in-hand. There is a cause and effect. The Constitution was designed to ensure that the government does not encroach upon liberties as defined in the Bill of Rights. Its purpose is to protect the people from the government.

That’s antithetical to what’s happening today. As states largely run by Democratic governors began stripping people of their rights to work, there was a cascade effect. Massive unemployment hit hard, and government policies were needed such as mortgage forbearance and rental evictions moratoriums.

Let’s be really specific… the pandemic did not create the impending housing crisis. The government was the cause. Now the question is, can the government fix the problems it created without causing other problems or violating the US Constitution?

Now, a year after the pandemic, one federal agency is working to stop the mortgage crisis that the federal and state governments created. If it can’t, the consequences could be severe.

As COVID-19 restrictions begin to ease this fall, a tidal wave of foreclosures is impending. The Consumer Financial Protection Bureau (CFPB) is beginning to ask mortgage providers for detailed information to stave off the coming housing crisis the government created.

The CFPB was created after the 2008 mortgage crisis that crippled the US economy for nearly a decade. It’s investigating how mortgage companies handled forbearance requests, and it’s watching mortgage companies closely. The agency says it’s trying to protect people from harm caused by COVID-19. However, as we said earlier, the pandemic didn’t cause this problem.

As of April 5, according to the Mortgage Bankers Association, approximately 2.5 million mortgages were in forbearance. The CFPB is determining what loans are in forbearance, will load modifications work to re-establish homeowners behind on their mortgages, and were mortgage companies discriminating against minorities, obstructing, or delaying requests.

It’s not inconceivable that this is a bully tactic. By tying up companies in layers of red tape, the government can force businesses to spend money they don’t have just to defend themselves against unfair accusations. Ultimately, the government can try to force mortgage companies to re-negotiate with homeowners who, at no fault of their own thanks to government shutdowns, may not be able to continue to afford their homes.

A federal judge ruled in March that rental eviction moratoriums violated landlords Constitutional rights to the property they own as well as the Commerce Clause. Ultimately, the same thinking applies to mortgages which are legal contracts between mortgage companies who actually own the property until credit given to purchase the property is paid in full.

The government caused the problem America is about to face, and they could make the problems even worse. Unfortunately, it’s a repeated pattern. The government claims it wants to help the vulnerable, which only makes them more at risk unless the government steps in to rectify their initial problem. That reduces liberty and increases government dependency.

It’s the use of absolute power by the government that is corrupting America into believing that the government can solve all the country’s problems. Dr. Anthony Fauci said it himself last week. He doesn’t care about liberty.

Neither do power-hunger politicians and bureaucrats who don’t care about the Constitution. Only the voter can change this developing tragedy. Otherwise, the unintended consequences to America’s future could be catastrophic as people accept the religion of government supremacy.