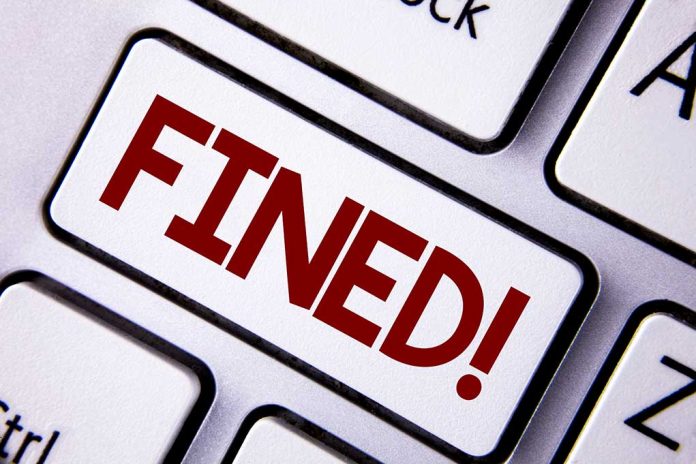 Mr. Trobiani decided to fly an American flag outside his hot dog stand along Illinois State Highway 176 a few miles northwest of Chicago to celebrate the Fourth of July.

On July 5, a village official from the small town of Prairie Grove dropped by to give him a pamphlet discussing the local sign ordinance about the display of signs. The following day the official returned with two tickets for the “improper display” of the American flag and one other, unspecified flag.

As one might expect, Trobiani disputed the idea he had done anything wrong. But, as he explained to local reporters, the American flag shouldn’t fall under a sign ordinance. The flag is a “symbol of patriotism” and not a sign, he added.

David Underwood, Village Grove Village head, said the citations had nothing to do with patriotism or the American flag. “I’m a patriot myself,” he told reporters. According to him, Trobiani received the tickets because he positioned the flags too close to HWY 176, and they could have posed a risk to public safety by blowing into traffic.

Trobiani told reporters he hired an attorney and plans on fighting the tickets in traffic court sometime in August. He faces fines totaling $200. For now, the court of public opinion appears to be on his side if the overwhelmingly positive response from friends and perfect strangers is any indication.