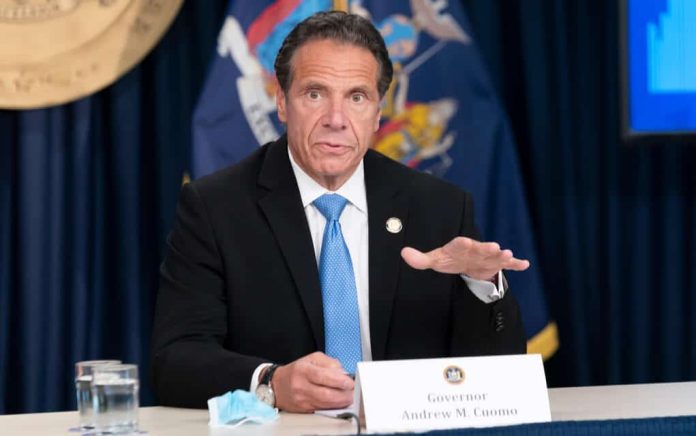 (RightWing.org) – In the spring of 2020, New York was ground zero for the COVID-19 pandemic and led the nation in deaths. Last summer, concern arose over New York Health Department directives that ordered elderly patients with COVID-19 be returned to nursing care facilities. The result was an estimated 13,000 nursing home deaths — or so the state said.

Democratic New York Gov. Andrew Cuomo continues to blame the previous Trump administration for what happened, saying New York followed CDC guidelines. However, on Wednesday, February 11, a private call revealed more about the situation. An aide to the governor exposed a damaging coverup after state Attorney General Letitia James recently issued a scathing report suggesting the true number of deaths was at least 50% higher than the administration reported.

Secretary to the Governor, Melissa DeRosa, told state Democratic leaders in a two-hour video call that the Cuomo administration feared the real COVID-19 data could “be used against us.” Therefore, they covered up the real and horrifying numbers that are still not known.

In August 2020, the Department of Justice (DOJ) started a federal probe into the actions taken by four governors regarding the tragedies in nursing homes as a result of COVID-19 deaths. Cuomo was one of them. DeRosa said the administration “froze” when former President Donald Trump tweeted that “we killed everyone in nursing homes.”

DeRosa apologized on behalf of the administration for putting Democrats in an unfair position with Republicans.

Not only did the Cuomo administration refuse to give the data to lawmakers, but they also denied lawful Freedom of Information Act requests from the media as well. Making matters worse was Cuomo’s cavalier attitude. After the AG’s report, Cuomo said, “Who cares [if they] died in the hospital, died in a nursing home? They died.”

State Senate Aging Committee Chairwoman Rachel May decried defending an administration that was “covering something up” at a time when the public trust was needed the most.

It appears the DOJ investigation was dropped. However, on Friday, February 12, state Republican leaders called for a criminal indictment of Cuomo and his top staffers over the coverup admission. The DOJ was also made aware of the details of the call.

Will Cuomo be forced to face the music? Stay tuned. This is an evolving scandal.