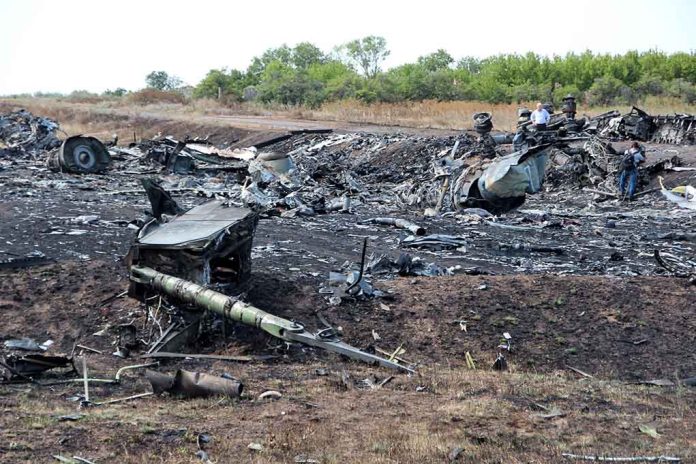 (RightWing.org) – A Chinese-operated Boeing 737 that crashed earlier this year was deliberately flown into the ground, according to experts. China is still investigating the disaster, but the black box data seems clear — someone on that plane allegedly wanted it to go down.

On March 21, China Eastern Airlines Flight 5735, a domestic passenger service from Kunming to Guangzhou, suddenly went into a steep dive from almost 30,000 feet. Two minutes later, the Boeing 737-800 slammed into a mountain, killing all 132 people on board. The ongoing investigation by the Civil Aviation Administration of China (CAAC) hasn’t found any mechanical or control problems with the aircraft, which is said to be one of the safest and most reliable models in service. However, American investigators say the flight recorder data reveals a horrifying truth.

According to officials who have studied the plane’s black box, “The plane did what it was told to do by someone in the cockpit” — it was reportedly deliberately flown into the ground.

The captain had four years of experience as a 737 pilot, with over 6,700 flight hours, while the first officer was a flight instructor with almost 32,000 hours at the controls. A trainee pilot was also on board. Now, investigators need to work out who was at the controls. Did one of the pilots decide to crash the plane, or did someone break into the cockpit and overpower the crew? Aviation analyst Neil Hansford says it’s “very unlikely” the pilot passed out at the controls and pointed to pilot suicide as the most likely cause. If that’s true, it could be the eighth case of a commercial pilot deliberately crashing his plane. Do airlines need to do more to protect their passengers?