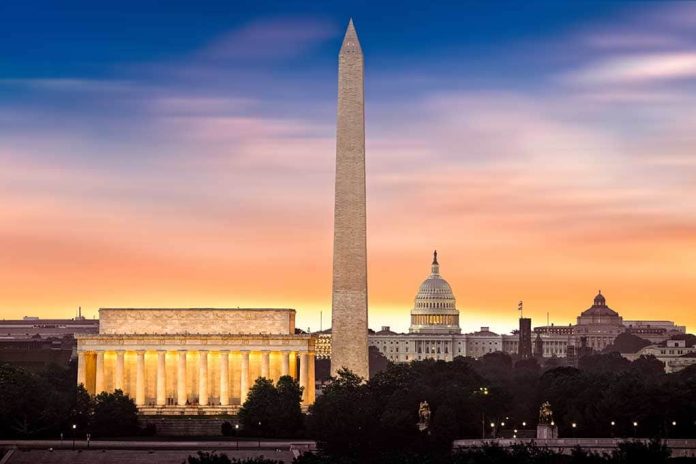 (RightWing.org) – The Black Lives Matter (BLM) movement certainly left its mark on the country in the wake of nationwide protests and riots following George Floyd’s May 2020 death while in police custody. His killer, former police officer Derek Chauvin, started serving a 22-1/2 year prison sentence in June. However, that doesn’t appear to be enough for BLM activists. They want the movement to live on ad infinitum.

Construction to make #BlackLivesMatter Plaza a permanent installation will begin on Monday and is expected to conclude by October 1.

Construction will necessitate the closure of two blocks of 16th Street NW, but sidewalks will stay open for foot traffic. The District Department of Transportation said it was closing the road to make room for roadway pavers and install vertical traffic barriers and a permanent BLM mural.

Regardless of how politicos decide to spin this decision, it serves as a permanent reminder of efforts by the radical left to infiltrate American culture to the point its ideals become part of mainstream thought.