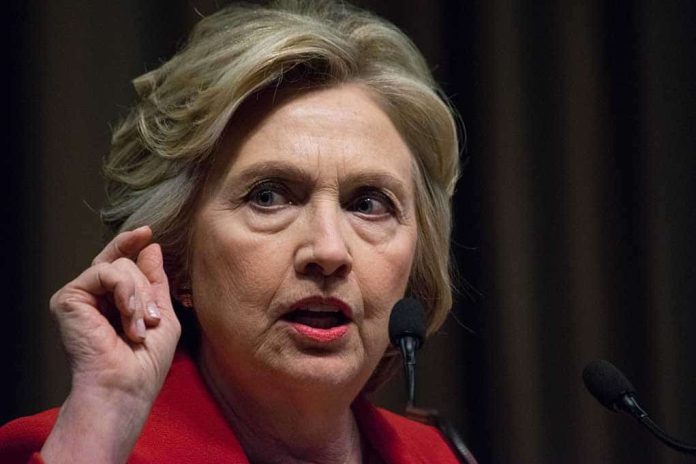 (RightWing.org) – A Conservative political commentator says he has evidence of a huge scandal initiated by failed presidential candidate Hillary Clinton. So why is the mainstream media ignoring it?

Talking to Glenn Beck on November 15, veteran commentator Bill O’Reilly said it’s now “beyond a reasonable doubt” that Clinton’s campaign “concocted and financed the bogus Russian collusion story” in an attempt to discredit former President Donald Trump. They based the collusion claims on a dossier compiled by Christopher Steele, a former intelligence officer with Britain’s SIS and now a spy for hire. In this case, Clinton’s campaign hired him. The media, however, treated the dossier as if it was unbiased fact instead of campaign ammunition paid for by a candidate.

O’Reilly told Beck, “We’re living in a corrupt country.” He said the mainstream media actively worked with a political party to influence an election result for the first time. O’Reilly challenged Beck’s claim the media was innocent and didn’t know the Russia story was a lie; he said they didn’t know it was false because they didn’t look. O’Reilly says people are starting to care about the Left’s deceptions and push back against their agenda; is he right?