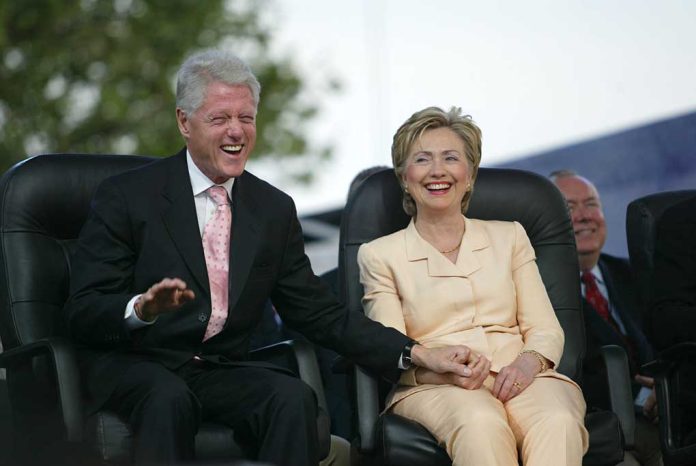 (RightWing.org) – When President Bill Clinton left office on January 20, 2001, he joined an exclusive group of past presidents. Previous occupants of the White House often sail into the sunset and find ways to enjoy their lives away from politics — at least publicly. In 2002, the former president founded the Clinton Foundation. One of its goals is to improve public health in the United States and around the globe.

While the foundation invested millions of dollars in fighting AIDS, it didn’t come without controversy. Now, the Bill and Melinda Gates Foundation is providing money to the Clinton Health Access Initiative, which may force the developing world to rely on China.

Over the last 20 years, the Clinton Foundation has partnered with Chinese manufacturers and donors. In 2005, the non-profit agreed to a deal with Mchem Pharma Group out of Xiamen. The company supplied cheaper chemical ingredients to generic AIDS antiviral medications manufacturers for India and Africa. In 2013, a billionaire owner of a Chinese construction company, Wang Wenliang, pledged $2 million to the endowment. He was also a member of the socialist country’s parliament.

In September, the Gates foundation authorized a $560,021 grant to the Clinton Health Access Initiative, a spinoff of the Clinton Foundation. The Bill and Melinda Gates Foundation says the purpose of the grant is to “leverage manufacturing capabilities in China” and improve the supply of “health commodities in low- and middle-income countries.”

The financial support will likely increase manufacturing in the authoritarian country and force developing countries to rely on it for essential healthcare items.

In 2013, Chinese President Xi Jinping announced the “Belt and Road” initiative. The idea was to build a significant network of infrastructure linking the communist country with former Soviet republics in areas like Pakistan, India, and Southeast Asia.

In January 2020, the Council on Foreign Relations (CFR) noted Jinping intends to use the policy to “forcefully” assert his nation’s presence on the international stage. Still, the initiative has challenges. Some countries took on significant low-interest predatory loans from the Chinese to add the new infrastructure. Since 2013, the CFR said debt to the communist nation has soared in many countries.

Now, it appears China wants to embed itself in the global healthcare infrastructure. In 1961, Ronald Reagan warned a traditional way of imposing socialism was through medicine. Is the Chinese government thinking in that manner? If so, are the Gates and Clinton Foundations aiding them, even if indirectly?