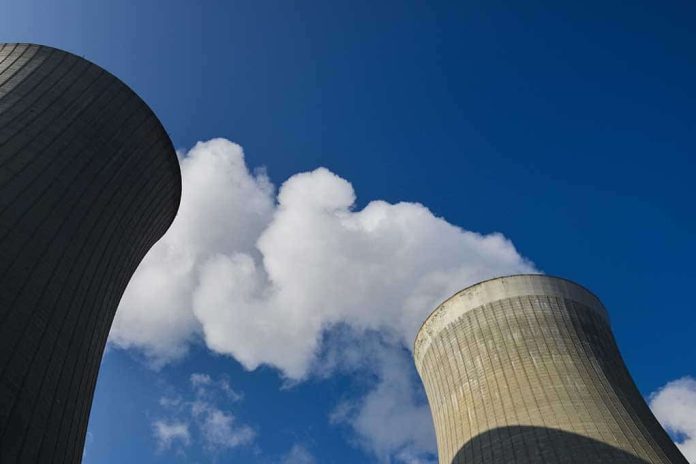 (RightWing.org) – Microsoft founder Bill Gates has been preaching the wonders of wind and solar power for years. However, it seems he might not be as convinced of the efficiency of renewable energy as he makes out – because now he’s teamed up with investor Warren Buffett to build a nuclear reactor.

#BillGates and and #WarrenBuffet, and their respective #power companies have chosen Wyoming as the home state to the #Natrium #nuclear reactor project. Read all the details here.@TerraPower @PacifiCorphttps://t.co/HVXWNfyqy0

On June 2, Wyoming Governor Mark Gordon (R) announced that TerraPower LLC, which Gates helped found in 2006, and PacifiCorp will be building an advanced nuclear reactor to replace a retiring coal-fired power plant in the state. Buffett owns PacifiCorp.

The new plant will feature a new “traveling wave” reactor developed by TerraPower, which can run for up to 40 years without refueling and uses depleted uranium as its primary fuel. It’s cooled by molten sodium, which means a steam explosion like the one that caused the Chernobyl disaster is impossible.

It also keeps working at night and when there’s no wind – unlike the green power projects Gates has been promoting.